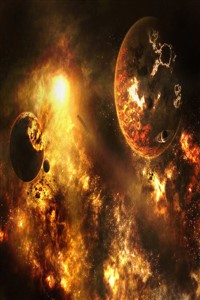 God's Gift descended into the world, causing half of the Old World be destroyed and in this place the New World was created. From it came new humans, monsters that people love to call Seal Pets and the spark which caused the first World War.

None from above has any relation to Aaron's life as a normal-by his Master standards- monk. Living in the Normality Monastery of Nursia Normality, Aaron struggled to achieve what he promised and bet years ago in Heagondo.

His Master seeing this, sent him on a journey to Aaron himself find the answers to complete what he bet.

Follow Aaron's journey in Coelus while he tries to ignore the annoying tamers in their Championships but isn't capable as his new friends love to make his life even harder by trying to win the impossible Championships regulated by the higher nobles.

"It was supposed to me be in a serene and uneventful journey where I would have peace of mind to master Aura and Essence, not here in this place where serene is the last word someone would use to describe it." Aaron sighed while petting his Companion. "How can I be so unlucky?" The sound of gunshots, screams, flamethrowers, magic lightning bolts, and people being smashed into a pulp aggravated his life even further.