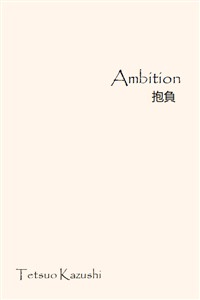 Four hundred years after the creation of Humans, the Demon Realm, the Underworld, Hell. Found itself going through an arduous time politically. The openly chaotic zone of Hell eventually developed a sort of government, and although there were some forms of coalitions under the names of powerful Demons. Nothing and no one governed the Demon Realm in its entirety at this time. Everything is free reign, no one is controlled, and anyone can do as they please.

There is one particular Demon called Alllurid. He who comes from a line of Demons stretching to the very beginning of Demon existence. With the knowledge and immense pride taken in his heritage, Alllurid sees this as his calling to control Demonkind; and to bring order to the Underworld. For years, Alllurid scoured the Underworld, murdering and subduing any who opposed his self-mandated rule.

Alllurid soon finds himself in the upper echelon of Demon hierarchy, his ravaging of the land called many of those to serve under him. Many Demons throughout the realm recognized the strength and vision that Alllurid wanted to accomplish.

However, there was competition amongst the few High Demons, and 100 years after the first Demon War; ignited by Alllurid. The blood-drenched conflict left the Underworld divided into two parties.

Those who side with the new ruler, Alllurid. And those who do not want to be ruled, but instead desire the Underworld to remain a place of chaos, under his charismatic competitor. During the campaign led by Alllurid, the violence and agenda gave rise to a foul Demon. One who not even the most nauseating of Demons would consider standing up to, one who rose from the gooey depths of the Underworld, Monono.

And, despite Alllurid being a very powerful Demon, he did not have the numbers to wage another war.

Alllurid himself is a very cold and ruthless Demon, it even seems at times that he doesn't care about anything, sometimes not even himself.

His campaign instilled distress and intrigue throughout the realms; the Spirits, Beasts, and even the Goddesses were all well-informed on the situation. Alllurid's reputation preceded him as an abhorrent slayer, even one who affiliates with Goddesses.

He was, nevertheless, profoundly feared throughout Hell.

At this time Heaven and Hell have had little interaction with one another, it is considered taboo amongst Demons.

Being complete opposites, the races decided to fully cut off communication with one another for the most part.

However, it is inherent to the Goddesses to spread love, fairness, and justice, so they couldn't stay away altogether.

The opposing side led by the one who smelled of fire, the not-so-powerful Monono; a vile, and voracious Demon.

One whose size comes from cannibalizing others.

If there was ever a Demon not fearful of Alllurid, there would always be one affrighted of Monono. And despite lacking the comparable physical prowess, he had the ability to rule through terror and military control. No matter how disgusting Monono was, the Demons that followed him figured a world under him was better than a world under Alllurid.

Instead of uselessly attacking in order to gain complete control of the Underworld, Alllurid decides to regroup and militarize for four years in order to increase his chances of winning. Three-fourths of the way into those four years, during a lonely walk, to gather his thoughts. Alllurid spots a beautiful, yet, beaten Goddess that was tossed from Heaven.

Having seen nothing like her before Alllurid immediately takes an interest in the fallen Goddess and cares for her. The injured Goddess with cut, bloodied-wings shortly introduces herself as Amemi. And upon hearing that sweet, simple introduction, Alllurid finds himself in a newly discovered emotion of love. A quick meeting briskly turns into four more years of blissful happiness.

Alllurid and Amemi lived those four-years together in joy despite the outside situation with the war effort. Their sweet and tender happiness was ended abruptly from the complicated labor and death of Amemi; as she gave birth to their newborn son.

Pervaded with a manner of hate like one he'd never felt before, flooded with vengeful tears Alllurid curses son's existence.

Bestowing upon him the name Mukō.

There has never been a hybrid born of a Goddess and a Demon, because of this, Alllurid decides to keep his existence a secret.

With the death of his first and last love, Alllurid discovers that he's unable to complete his ambition in his current state. Compelled by his son's white hair, which reminded him of his lost love; with mixed emotions, he decides to take time away; leaving his military and the forefront of the Underworld, to raise his child Mukō.

Alllurid heads back to his headquarters and immediately tails down his most trusted advisor Urogo a Demon of considerable power belonging to the Draek species of Demons. The dragon-like Draeks are known for their supreme loyalty to those they have chosen.

Alllurid speaks to Urogo about his time away and shows him his newborn child.

Urogo refrains from any physical discomfort or consternation in his presence as he can see that this is a difficult time.

Without hesitation from either party, Urogo heeds his command.

Urogo leaves off to settle down in the large tower in the far back of Alllurid's headquarters, and city, Enra. Without being spotted, Urogo makes it to his required destination in a matter of minutes.

He looks down at the child. "My Lord's..." he thinks to himself.

The longer he stares at Mukō he begins to feel unique energy radiating from the center of his chest.

The ambiance brings Urogo to his knees, as he starts to nuzzle Mukō, his emotions are overrun with worship and adulation.

"This child..." He says as his eyes well up; before the atmosphere slowly fades.

Urogo settles down in the Baael Tower in the Southeast with an expansive eye over Enra. As Urogo was making his way to his goal, Alllurid was busy making arrangments so that no one would enter or generally go near the Baael Tower.

Six years quickly pass for the hidden son under the guise of Urogo and his father Alllurid.

Skin pale, like milk, but with a hint of warmth, attached to his slender body. With eyes, screaming of deep violet, and reddened crimson.

Is happily returning to his Father after a day of sword training, by himself. Alllurid greets Mukō with a smile and tells him to get ready for bed.

Mukō leaves to the washroom, and as he bathes, he begins thinking about his mother. Imagining her as what his Father told him. A beautiful Goddess.

He then slowly drifts off into deep sleep, submerging himself below the water.

Mukō soon wakes up to a twilight, struggling for air, he quickly notices that he has a bag over his head and begins to scream.

Mukō is swiftly thrown to the ground, fainting on impact. Subsequently, he wakes up, finding himself able to breathe.

Mukō discovers that he is blindfolded and demands that it be removed.

"Remove this blinding at once! Don't you know who I am?!" The blindfold is aptly discarded.

Mukō thereafter witnesses a vile, gluttonous, abhorrent, Demon with eyes full of cavernous shadows and wickedness. Albeit nothing compared to his Father's.

Looking around the room, he spots just a single large bed in his view. The Demon who smells of fire reveals himself to be the leader of the opposing party to his Father.

"What am I doing here? D-did you kidnap me? Untie me, release me this instant!!" Mukō shouts.

"What an insolent and spoiled brat, I paid a hefty price for you."

"You wield eyes like the bottomless hellfire with an inkling of violet." Monono replies.

Before he could finish his sentence, it struck him. The loving and caring Father he once knew and loved, sold his only son to his enemy.

Undergoing this epiphany, Mukō begins sobbing in disbelief, snot pours down his nose onto his chin.

"Yes, your Father... Alllurid, my sole adversary, bartered his only son to me. I didn't even know he had a son."

"Offering his son. One he spoke of with such beauty and rarity." Monono chuckles.

"Knowing that I have some rather inappropriate tastes, he volunteered you to me."

"In exchange for my territory and military power..."

"Yes...I gave up on opposing your Father, and returning Hell to its former glory."

Mukō is distraught, in denial of anything that Monono has said. He adamantly demands that he be released.

"There's no one who can help you and no one that will."

"I am going to have my way with you, and do whatever I, please until you, die."

Mukō shrieks in fear as Monono quickly shoves a dirtied-rag into his mouth, gagging him, and bending him over the bed.

Mukō stares back at Monono in piercing terror as he is harshly penetrated. Monono thrusts into Mukō, causing him to scream to the top of his lungs. His loud cries irk Monono, and he is hastily silenced with a hand around his neck, tightly squeezed nearly breaking his windpipe. Mukō begins to whimper and grimace in agony.

The immense trauma suddenly shoots his mentality into a fetal-like state, Mukō retreats himself into his mind and he thinks about all the happy memories of his Father, and the time they shared in the short six years of his life.

He begins thinking about his mother, calling out to her, asking her for help.

While being repeatedly penetrated, Mukō finds himself deeper within his mind.

It's dark and noiseless.

A silhouette in the form of himself appears.

"Why me...why me." He weeps to himself, over and over until the silhouette reacts.

"Because you were born of that man."

"That man has cursed you."

Initially ignoring the silhouette, Mukō ponders the thought and replies.

The silhouette is quiet.

Spiraling further down in his thoughts, Mukō cries.

The silhouette replies in the same instance.

"Hope Does Not Exist."

"You can hope for nothing."

"Do what you want, with your own power."

Weeks after Mukō's kidnapping and nightmarish situation. Alllurid receives word that the opposing faction under Monono has completely defected to his side. And for the first time since the moment he spotted Amemi, Alllurid is elated. He lets out a radiant smile, ignited by true happiness. Something which the likes have never before seen in the Underworld.

Nonetheless, Alllurid never once lost sight of his ambition. On no account had he any intention of giving it up. Alllurid planned on using his son Mukō from the very beginning in his plot for domination.

Following a report from what his spies gathered entailing the various kinds of abhorrent tastes Monono was into, Alllurid was going to sell him from the start, despite what sentiments he held for Amemi.

Feeling nil for and at the expense of his only son; Alllurid, at long last accomplished supremacy over the Demon Realm and Underworld.

He crowns himself the Ruler and Original Sovereign of Hell, the Demon Lord.

Thanks for reading once again! Part 2 next! [Minamoto Yama introduced the following new chapter!]