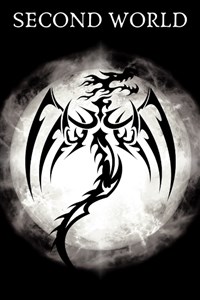 George Young used to play Dream World, the world's most popular VRMMO...until he was betrayed by his own guild member. He was just a less-than-mediocre player, but he held valuable items. Players from all over came and PKed him for those precious items, and eventually, he lost everything. He's now a miserable old bum, living a stale day, one after another, unenthused with the life around him.

But one day, he stumbles into a Youtube video where a strange man claims to have made the greatest VRMMO ever: Second World. Reluctant, he decides to try this new game. Upon entering the game, he discovers that there are many things that set it apart from the VRMMOs he's played. While many players find it incredibly boring after their first day of playing, he remains determined. And so, headstrong, he plays through this strange, new game.

The question now remains: Will George redeem himself in this 'Second World'?

But more importantly: What kind of journey will this 'Second World' take him on?

No specific days (at the moment). I release when I finish a chapter.

I will devise a proper release schedule if it ever becomes possible or convenient for me to do so.

Thank you for understanding.

I would love to be doing this full-time. If I can support myself through writing, I'll be writing full-time.

So, if you enjoy Second World and would like to support it, pledge your support at my Patreon.

Come join us on Discord! I'll be happy to answer any questions you may have.

Thanks! Hope you enjoy the story.

Dont let the first few chapters drive you away. They may seem lame, and I almost stopped too, but it's well worth it in the end. The concept of this novel is amazing.

Currently it is on a hiatus, I talked to him and he said 1-1.5 months until his fellowship ends, but he might be able to get a chapter in between that time.

So, what i'm trying to get at is that you should press that big ol' blue READ button, and don't let the first few chapters discourage you!

It's interesting so far

I don't usually leave reviews but I like this novel and I saw that no one else has reviewed it.

It doesn't have many chapters yet but I've found it interesting, the concept isn't really unique but it's been done pretty well. The characters so far have been decent and realistic enough. No complaints for the grammar, although I'm not good at judging that. Not a lot I can say yet but I do hope that this continues getting updated.

I'm leaving five stars, for now, this may or may not change later.

The first 3 chapters are quite bad and almost drove me away.