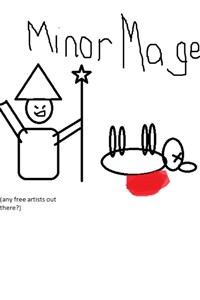 A simple cobbler thought it was best to seek some outside help when his five year old son accidentally murdered their dog. The boy was taken in for testing and found to have won the magical lottery. The boy was going to be a mage, one of the most powerful existences in the realm. Once they finished their apprenticeship, competent mages always ended up fantastically wealthy. The man thought he was set. Even at five he could tell that his son was talented, hardworking and incredibly smart. The child was something special, and there was nothing that was going to stop the cobbler from riding his son’s coattails to a better life.

There is a saying in the land, “If you want to make the gods laugh, tell them your plans.”