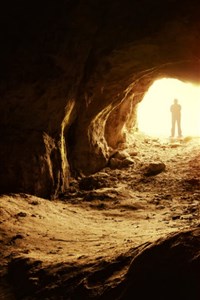 Remove Ads
Previous Chapter
Next Chapter
A note from Journeyman_Mike

Here we go with our first combat of the book. It's also my first time writing combat scenes and I'll be channeling my inner DM to really get some good imagery for this. Let me know what you think.

They had been walking for about an hour, it was strange that Henry had already begun to think of them as a THEM. He had only undergone the Injection procedure at most two hours ago. It just felt so natural to refer to her, Amie, as a separate person even if technically she was a machine intelligence that resided in every cell of his body. Actually, when he thought about it it was a little creepy how quickly she had become a part of his experience this must be what the integration and optimization process was all about. Making them a single organism similar to a highly trained and well-coordinated team.

"It's really starting to get dark, we should try and find shelter for the night and a way to start a fire. Shit, we don't even have any food how are we going to survive out here?!" He was starting to get over the initial wonder of being in an ancient magical forest in what was left of the Appilatician Mountain region. "How do we get back after this Integration is finished? We could literally be trapped here for the rest of our lives, Our very short lives if we can't find food, water, and shelter. This was a bad idea, how could I even get into this? I'm no Adventurer, I'm just a temp on the local farm for Christ sake!"

"Henry, by all the gods calm down." Amie was much calmer in life and death situations and this wasn't even close to a deadly encounter. "We'll be okay as long as we can keep our heads and learn from everything there is out here. That is the whole point after all."

Taking a deep breath he could calm down, "What is that smell? It's like the wrong end of a cow had sex with a dumpster and their baby died."

"This looks like a great opportunity to start learning some skills." Amie's chipper attitude did not help keep Henry from gaging and nearly retching up his breakfast.

The source of the smell became obvious once several tiny gray-brown skinned people dropped to the forest floor surrounding Henry. They were dressed in molted furs and carried crude spears and short serrated blades. The Pygmies, Henry couldn't think of any other word to describe the tiny aggressive people, started to circle and advance on the hapless Henry. "What the hell! Where did these little bastards come from and why do I get the feeling this isn't to be a friendly chat?"

"It looks like they may have followed us from where we teleported into the Forest. I suggest you Analyze them before this gets too out of hand. Just focus on one of them and think 'Analyze'. I can interpret the Mana they give off and get some basic info on them."

Henry quickly glared at the nearest of the Pygmies, a particularly ugly specimen and thought 'Analyze'.

"Amie how can you possibly know all of that?"

"Henry, please focus on the task at hand!"

"Shit, Yeah! How'd I get so distracted"

There were five pygmies slowly circling Henry poking him with spears and hooting what he assumed could be only insults. The ugly one in front got fed up waiting around and lunged with his spear aiming for Henry's throat, looking to end the much bigger man quickly and get on with the eating. The sudden surge of movement caught Henry off guard, but he instinctively put his arms up to block. Even though the spear was crude the stone blade easily gashed Henry's right arm cutting almost to the bone. Bleeding and cursing Henry lashed out with a strong left hook. The pygmie scout was not expecting an attack from the loud tall man after cutting him deeply and took the hit right on his jaw. Staggering backward the leader of the group was no longer an immediate threat. Henry heard a soft *DING* and suddenly there was a gray screen taking up most of his vision.

The other scouts took the opportunity to attack all at once and all but one got tangled in a mass of spears, blades and tiny limbs.

"Henry, Behind you!" Amie's warning was the only thing that kept him from becoming shishkebab right then and there as the final scout's spear flew through space where his head was a second ago. Again a *DING*  sounded, but for now, Henry was able to ignore it and the gray box failed to materialize.

Deciding that cowardice was the better part of valor Henry ran after the thrown spear, scooped it up and kept on going as quickly as his legs would carry him.

It didn't take the Pygmies long to get back into what they believed was the very picture of military discipline, but more closely resembled a pack of wild dogs. Like dogs, they took off after Henry only thinking of catching the man who got away and the feats he represented.

Not long after he started his marathon escape attempt Henry started to get light headed from blood loss. On the verge of passing out, he looked around and spotted a cave a few hundred feet ahead. Seeing his salvation he sprinted the full distance. Crossing into the cave's damp interior he heard the loudest ROAR ever and immediately passed out.

The scout group raced after their prey unwilling to let him escape after the humiliating display at the ambush site.

This is only a little over 1000. Lucky for all you readers I have the next 2 days off of work and will be taking the time to lock myself and my laptop in a coffee supply closet and write until my heart gives out. Expect 2 Chapters a day Saturday and Sunday. I'll be aiming for 2000+ words.

As always comments and suggestions are greatly appreciated!