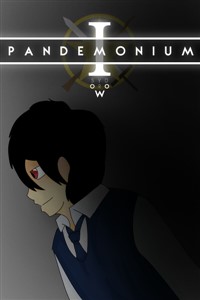 June 6, 2052 was the date when the event "Pandemonium" literally shook the world. In just the span of 1 day, countries collapsed both internally and externally. Anarchy spread throughout the globe. The landscape of Earth changed, the bits and pieces of the previous seven continents clashed onto one another forming new continents. The world underwent a massive upheaval.

After this event ended, numerous species were discovered. Because they relentlessly attacked humans and because of their features resembling creatures from fantasy worlds, they were called Monsters.

At first, humans had no way to fight against these monsters, but with the use of their modern technology, they were able to kill off these beasts. Guns, knives, traps, these were already enough to kill the wandering beasts.

At the same time, crystals appeared from the corpses of the monsters. They were called "Mana Crystals". With these gems, humans were able to defy the very laws their predecessors discovered. They were able to use Magic. Monsters and Magic, it was as if Pandemonium changed the world into a world of Fantasy.

Jump forward to the year 2098, 46 years after Pandemoniun. Johann Chervell's 2 month absence was over when his master forced him to go to White Lotus Academy. A school which nurtured their students to become a Magus, the soldiers of the country. But other than his Master and a few people, everyone didn't know of Johann's secret alias. He was White, one of the world's best Magus.

Follow the adventures of Johann, one of the world's greatest and most knowledgable Magus, stuck in the number one place he doesn't want to be in, school.

This story has been dropped. I just dont\'t have enough motivation to continue it. I might pick it up in the future though. Sorry if you wanted to see more of this.