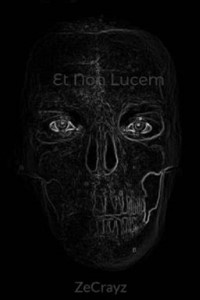 Chapter Five-A Meeting With the Captain

Hello fellow humans, I come in peace, and with a new chapter!

Does anyone actually read author's notes? If you bothered to read this, just go ahead and leave a comment saying "Kids Prefer Cheese Over Fried Green Spinach."

And +1 points to Gryffindor if you know what that means!

Towering far above the tiers of Tal'Amin was the second tallest construct in the Empire, behind only the Turris Magus, the crowning jewel and embodiment of all imperial magical advancement through the years. This construct was known as the Golden Spire, and was a monument to the vast wealth the golden cradle was home to, thus the spire’s name. The spire itself was off limits to most people, reserved only for guests of importance, such as visiting archmagi or high ranking government officials, with a floor reserved for the Emperor himself.

It was in the shadows of this gleaming edifice that the city castle stood, it’s sheer curtain walls encircling the golden monument and protecting it from any who would dare defile such an architectural achievement. The Arcem Aestes, the Summer Citadel, was home to the cities officials, its governor, and the city’s guard and private army. It truly was wonderful what money could buy.

It was within the citadel’s walls that all official city policing business was conducted, having multiple rooms for processing and investigating crime and criminals, along with a complex cell network underneath the constituted the cities dungeons. Any criminals and witnesses to crime that were apprehended or encountered either in the city or the surrounding farmland would be bought in for further questioning and made to wait in an appropriately titled waiting room.

A waiting room was nothing fancy, a simple room built into the the side of the main castle itself, whose only purpose was, oddly enough, to provide a place for people to wait. Simple, yet comfortable, wooden benches lined the wall facing the adjacent interrogation room, directly to the left of the external entrance into the room. Inside the room were three doors, all three made of simple oak and mounted to wooden frames by rusted iron hinges, creaking something terrible whenever anyone so much as cracked them open.

The first of the doors lead back out to the main court and to the city proper, this being the door the group had been ushered through into the room. The second lead into the interrogation room, where a pair of guards were currently taking the merchant’s statement, while the third lead further into the citadel itself, also, strangely enough, being the only door with strange carvings in its otherwise well-maintained surface.

It was in this room that Avina found herself sitting between her father and brother, the former being very much less than pleased at his daughter's latest antics.

“What in Infernum happened out there Avina? We turn away for a few seconds, and you manage to completely disappear, only to wind up what, getting caught stealing something? I thought I raised you better than that!”

“I wasn’t stealing anything! Somebody just pushed me and I ended up falling onto that idiots cart, then his stupid platter started falling down and I caught it before it hit the floor and shattered! If anything, he should be thanking me, not pressing charges!”

“And now you're lying to me. Really? What is this actually about Avina? Was there a little fairy on the platter that you had to rescue? Or wait, no, maybe…”

The father was then interrupted by Marcus, throwing both him and Avina a hard stare as he spoke up for the first time since being brought into the citadel.

“The both of you need to stop. Father, is it too much to ask that you actually trust Avina? And Avy, seriously, you need to stop wandering about all the time. This time it was just a greedy merchant trying to frame you for theft, but the next time could be worse.”

Before the conversation could go any further, however, they were interrupted by the loud whine of rusty hinges as a door was pushed open. They turned to look, not at the door leading into the interrogation room, but at the scarred door leading further into the castle just as a woman entered the room, a pair of large emerald eyes framed by curls of flaming red hair sweeping over the room as she continued forward, only to stop as a second door swung open with yet another piercing whine, revealing the merchant and the two guards.

The woman came to a stop a few steps from the three men, allowing Avina to notice just how tall the woman was, as she stood there, towering over the men that had just exited the room by over a foot. She was clad in half-plate, with swirling marks and strange symbols that rather reminded Avina of the carvings on the door etched into the armour, which gleamed far too much to be made of actual steel. On her left plate was an emblem, a griffin of crimson and gold clutching a small ruby in its claw as it reared up, almost appearing as if it were ready to leap off the silver-steel and take flight.

Attached at the woman's right hip was a sheathed blade, a simple wooden hilt wrapped in fine leather crowned by a pommel of that same silvery-steel the woman's armour was made of, on which was mounted a small blue sapphire. The guard curved upwards slightly at the ends, made of silver-steel and with another sapphire mounted in its center. The blades scabbard was a deep midnight blue, covered in a latticework of what seemed to be veins of ice running across its surface.

The woman then spoke, her voice a low, icy whisper, as if raising her voice to address the members of the room was beneath her “The girl is innocent. The merchant has an accomplice in attempted fraud. Deal with the situation.” She then turned her piercing stare to Avina, and simply stated “Follow me.”, before walking into the interrogation room.

Avina herself simply stared, trying and failing to comprehend what had just happened when one of the guards spoke up. “You best follow her in, girl. It’s never wise to keep the captain waiting.” With that, both guards turned and walked into the keep, the loud, whining hinges not quite drowning out the merchants indignant sputters of “She’s lying!” and “I demand proof!”.

As the door shut behind the screeching merchant, Avina turned to look at her father and brother, simply shrugged and said “I guess i’ll be back in bit…”, her voice trailing away as she walked into the interrogation room, not waiting for a response. As soon as the door had shut behind her, the woman once again spoke up, her tone laced with less ice than before, yet still in that same quiet, deadly whisper.

“Sit.” She said simply, her large emerald eyes, Avina noticed with some trepidation, appeared to be glowing in the dimly lit room. A single torch served to illuminate the stone room, the flames dancing faintly as Avina moved to sit at a simple wooden table, resting on a wooden chair that was noticeably less comfortable than those in the waiting room had been. Sitting directly across from her was the woman, her luminescent emerald-green orbs staring at her, unblinking, and she appeared almost dead in her stillness.

Finally, after what had felt like a lifetime to Avina, the woman stirred and spoke again, this time her voice was considerably warmer, no longer was frigid ice lining her every syllable. “Tell me, what is your name?” The question was not, in fact, a question at all, but a command, one that Avina hastened to obey.

The woman simply stared, blinked once, then sighed before fixing Avina with a look that could best be described as disappointment. “I suppose it is rather unfair of me to hope you would understand how this works. Very well then, allow me to explain. I am interrogating you, and you will fill your every answer with as much information as you can, and all that information shall be nothing but the truth. Am I understood? Good.” Then without waiting for a response, the women simply repeated the question.

“What is your name?”

Now many things can be said of young teenagers such as Avina, that they are stubborn, rebellious, of how they believe themselves to know better, of their naivety, and many things besides. What can't be said, however, is that they are suicidal, and in this moment, Avina learned the definition of self preservation. As she sat in her not-so-comfortable chair in the dimly lit room and looked into those glowing green eyes, listening to that frigid voice, she realized something else, and that was that she had yet to answer the question.

“Excellent. Now Avina, did you, or did you not, steal that platter?”

“No. Someone pushed me into his cart, I was just catching his stupid platter!”

“Good.” By now, the woman’s voice had mellowed out considerably, but her eyes still pinned Avina to her seat, her gaze sharp and her eyelids rarely closing.

“Wait, good? That’s it? I-I mean, I've never been interrogated before, so obviously I don't really know how this works, but shouldn't you have some proof? N-not that i’m complaining, mind you, but why just blindly believe me?”

“Trust me, this is not blind. I know that the merchant was lying, just as I know you are telling the truth. People’s bodies often tell a story that they refuse to tell with their words. I can read people the same way I would a book.”

The woman then leaned forward, resting her chin on polished gauntlets as she spoke, voice full of intent. “Now then, I want you to tell me about your day. Start from the moment you arrived in the city, skip over no detail, and do not embellish.”

At this, Avina’s curiosity was piqued, so naturally, she asked one simple question, a simple one word question. If she had known what the response would entail, if only she had known that life as she knew it would end at that moment, she may not have asked. Or perhaps she would have hastened to ask all the more, for truly the minds of humans are not as simple to understand as many think. However, she did ask, and the woman did respond, and her fate was sealed.

“There is a monster loose in this city, and you are going to help me get rid of it.”