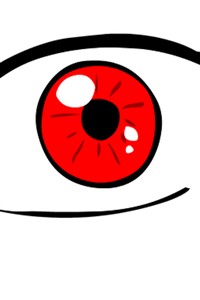 Mind Reading Isn't Cheating is a story about a young girl's journey across the continent of Telemera, fighting monsters and nations in a desperate attempt to leave places a little better off than she finds them.  A story about doing the right thing for the wrong reasons, and whether it’s better to judge someone by their intentions, their actions, or not at all.  ...If that’s even possible.

The main character also starts the story dead.  It’s okay, she gets better.

Mind reading isn't cheating, but it sure is fun

A story about someone who should know everything going on around them, but still managed to find surprise and meaning full connections is always a great one. But that's just the start. This story has drawn me in entirely and I look forward to reading the continuing adventures of Shara and her friend's as they travel across Telemera.

The writer has commited to posting a new chapter at least weekly, and I eagerly look forward to each one.

Character creation is definitely one of the writer's strengths! Every chapter I learn something new about the characters, and they are always interacting in new and interesting ways.

Overall the story is very well-written. The writer is diligent with details and the writing is read smoothly and easily.

The plot of the story is engaging: enough is going on and enough is left for future mysteries to be unraveled.

Reviewed at: Not an Update: C-C-C-Combo Breaker

Only four reviews on this story and two of them three stars? W... what? Seriously?

Okay, people. I stumbled on this story by pure coincidence and added it to my list because it looked interesting. Wow, was I not expecting what I found. The author's other story, which I swear I didn't notice when I discovered this, is one of the top rated stories on the site and, well, if Mind Reading Isn't Cheating is anything to go by, I can see why.

This story hooked me right from the opening chapter. The high quality of the writing is clear from the very beginning and only becomes better the longer the story goes on. It has impeccable grammar with only a few typos, and absolutely fantastic prose. Very few stories on Royal Road match this in sheer quality of prose, in fact, so I have no idea where those 3-star reviews were coming from. Normal? Absolutely not. This isn't just above average, it's top-tier.

On the face of it, Mind Reading Isn't Cheating sits under the classic high fantasy bucket. Medieval world, sword and sorcery, fairly Dungeons & Dragons-esque. But within those genre bounds, this is as far from standard as it gets. MRIC delights in taking the standard tropes and taking them for a completely fresh spin. This is a world where mind-readers aren't tricksters or detectives, but instead formidable mercenaries. Where shapeshifters are adaptive layabouts. Where prodigious genius is boring, and where healing magic is an utterly terrifying weapon. My god, the ideas in this story are just brilliant.

The world in MRIC contains an incredibly logical, strong foundational magic system, and this logic is a consistent theme you'll see throughout the story in just about every aspect from the political situation to characters' responses to various situations. At the same time it doesn't get bogged too much into the details, always keeping fun and plot progression the main focus of the story. There's even the occasional touch of solid humour. In particular, I adored the concept of the titans and got heavily sucked into the large underlying mysteries developing over the course of the tale.

But what MRIC does best of all is its characters. All are brilliantly written and exceptionally well-developed, with enthralling quirks and lovable personalities. And the villains! Aelius makes it into my top three most terrifying villains in any media of all time, and the most terrifying in written fiction, hands down. I'm including published fiction in this. My favourite character, who I shall not spoil, is also an antagonist and just superbly characterised, their motivations immensely relatable and methods equally detestable.

But that kind of philosophical quandry is what you'll find plenty of here. Mind Reading Isn't Cheating is a very nuanced story. It respects your intelligence and isn't afraid to horrify, delight and make you think all on the same page. This story is absolutely exceptional, and I'm honestly amazed it never took off in a big way.

This is some of the best high fantasy you'll ever read. Don't pass it up. The story is currently on indefinite hiatus, but don't let that stop you. It's worth it. And I have my fingers crossed Thundamoo will pick this back up some day.

Good if you prefer dialogue

Characters are likeable and the action moves fairly quickly, though scenes are often bogged down by flowery language and asides. The strongest part of the writing is the dialogue, which flows quickly and naturally and is often humorous. Because of this I found myself skimming over joining paragraphs and only paying attention to the dialogue. If you like dialogue-driven stories this is a good fit for you, but be prepared to do some skimming! Readers who prefer a lot of world building will probably be disappointed, as this is kept to the bare essentials.

Genre: Action, Fantasy.
Protagonist: a girl who can read mind. she is also a strong combatant. around C or B rank in strength.
Setting: a normal fantasy world.
Tension Level: Medium

Basic Premise: a girl's village was destroyed, but she was saved by some guy, and he brought her to be raised in another place by another family. that guy isn't the main character btw, he rarely appears.

Chapter Content: still about how that incident happened, how she cope with it, and how she ended up growing in that place.

It has that feel

Of the MC and everybody else having a different view of the world. Not that unusual to see nowadays, but I didn't truly expect the straight-man strategy when reading the summary for this. It's fast-paced, never having too many moments where I grew bored.there are a few points I would like to have cut out, but it's not serious enough to be angry about. Style is alright as well.

Reviewed at: Not an Update: C-C-C-Combo Breaker