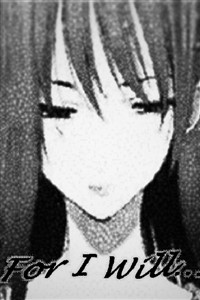 Remove Ads
Previous Chapter
Next Chapter
A note from Orphellia

For all the readers, thank you for reading this section. I hope you can give me some guidance by pointing out any bad grammars and other kind of typos. You can also give me some advices or ideas to the stories progression, but take note that I will probably ignore most since this is my role as the author.

I hope you will enjoy this chapter, thank you and see you next chapter.  -  Orphellia

Inside a room with only a bed with a desk made from a light-colored wood near it. Sunlight trickles from the opened window found to the left of the room. The smell of grass and a cool breeze can be felt, giving a peaceful embrace to people. The woman slowly opened her White eyes and sat up looking around her.

She looked around the room. The smooth looking floor made from some kind of wood, the walls made from a layer of stones for the bottom layer and wood for the upper layer, making her feel familiar due to the aura of antiquity and peacefulness that the room possess. She saw her phone on the desk, but ignored it.

She peered through the window, and was greeted with the view of a lake surrounded by slightly dense forest and few mountains and hills. She saw the birds flying at the sky, the fishes swimming within the lake, and few land animals that often strolls around the forest, and she can’t help but feel a sense of incongruity from them. She skims through her memories about this and finally noticed it.

Yes, the animals she saw was very different from the animals she knew from Earth. A small shine can be seen from the Birds’ wings as if they are made from gemstones or metal, the fish having a single horn on their head, the deer that can be seen drinking from the lake having green antlers, all of them were not from any of the knowledge that came from Earth that she knows.

The room’s wooden door opened and a young girl came in. The woman looked at the girl and called out.

The girl froze when she saw the woman was awake. Shocked the girl regained her senses and quickly got out of the room leaving a faint footsteps as she runs away. The woman slowly got up out of the bed and walked to the opened door. She saw that what seemed to be a hallway looked completely the same as the room she came out of, with the exception of the wall being made wholly of layered stones.

She quietly walked through the hallway following the direction of the girl’s footsteps. She was awed at the sight she saw. A temple with the interior’s design looking like a mixture of Greek and Chinese temples from Earth. The Walls made of the same layered stones, the ceiling made from wood, with pillars made of half wood-half stone. What seemed to be this temple’s entrance looked simple but also elegant adorned with wooden double door with an ornate arch supporting it, but what was very eye-catching is the Golden Bell hanging on top of the Doors. A podium that has a carving the looks like a planet surrounded by the three stars, which she assumed to be the sun, and a crescent moon with a person sitting elegantly on it, and the altar or what she thought it was, that looks the same with a Christian church’s but with no statues and only the carving that was at the podium was also in the altar.

A maiden stood up stopping the praying that she was doing. The girl can also be seen behind her.

“I am Evarill, Guardian of Liskreim Lake and the Head Priestess of this Bridshine Temple.”

The maiden, Evarill, walks toward the woman as she introduced herself, the girl shyly following her. The woman began to open her mouth.

“Oh my, what a beautiful name. Are you perhaps titled?”

Selaine was confused and curious about what Evarill just said but choose to stay silent for now. Evarill gently pulls the girl hiding behind her back and the girl shyly showed herself to Selaine. Evarill then began to introduce her.

“Selaine, this girl here is Vaely, one of the orphans that the church currently handles”

“U-um…Nice to meet you, and I’m sorry for running of earlier.”

Selaine matched the girl, Vaely’s height and pats her head gently as she gave her a gentle smile.

“It’s fine, and nice to meet you, Vaely”

Vaely shyly nods her tiny head. She then look at Selaine’s eyes looking a little daze, and unconsciously opened her mouth without saying anything. Noticing the little girls expression, Selaine pulled back her hand and looked at Vaely with a concerned look.

“Mm, it is indeed pretty”

Selaine gave a questioning look to the two in front of her and stood up while feeling a little embarrassed from the two’s compliments. She smiled and just let her eyes close. The two girls in front of her finally regained their cool.

“Hahaha, sorry about that your eyes are just a little… what do they call it again? Ah right, a little unique or unseen within these lands“

Selaine gave them wry smile. Her white eyes made almost every people she met thought that she was blind. Her eye’s pupils was pure white but can still be noticed through her iris’s color being grey, which instead of making it look like a disgusting eye with only a sclera made it more as if her eyes being engraved with shining marble stones. She mostly closed her eyes since she is conscious of it, which worsened the misunderstanding of her being blind. Due to this, she was kind of surprised of the girls’ reaction towards her eyes.

Glancing at the atmosphere, Evarill clapped her hands and gestured at the two.

“Why don’t we go have some tea first instead of just standing here at the temple’s hall, well what do you say?”

“I’ll gratefully accept your offer then.”

Evarill moved her feet towards the hallway that Selaine had walked out from. The little girl Vaely, excused herself from Selaine and went outside to go to where she said is the temple’s herb garden. Selaine followed Evarill as they go towards an open room which looks like a Dining with a kitchen-like equipment inside.

Selaine sat down at one of the open tables and waited for Evarill to come back with the tea. After a few minutes, Evarill returned with a tray in hand that gives off a minty smell. She put the tray on the table, set two teacups and poured a liquid with a blue-green color. She then sat down as well and enjoyed the smell the tea.

Selaine took a sip of the tea and immersed herself on the taste for a while. She then put down the teacup and stared at Evarill, in which the other returned in kind.