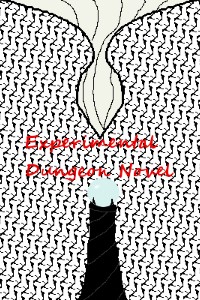 This is a Robbery

“What even are bad aspects, anyway,” the invader muses as they calmly and quickly flee the scene, “seeing as how good and evil are subjective terms to begin with, attempting to apply subjective terms to subjective concepts is a task without reward, and potentially an exercise in absolute futility. On a larger scale, that applies to the entire field of philosophy, but even on the small scale of actual practicality the universe simply exists in a definitive state, and isn’t subject to the vagaries of labels that sapient life imposes upon it.”

“Unless you want to start arguing that the lack of objective morality means that reactions don’t follow actions, which is observably false, you aren’t getting out of the aspect of reality that states that you just set off a ballista in an enclosed space that I was standing in,” retorts Avery, somewhat less calmly.

“It was a good demonstration that violence is a tool of the government, and one which they are constantly primed to use,” countered the invader. “Any amount of power allowed to individual citizens is accounted for in the amount of violence any given representative of that government is given access to for dealing with that power, should it be turned against the powers that maintain the status quo. A single wizard might be able to kill a guard by looking at them, but then the escalation from that casual glance from the ruler of the territory would have to be rapid and disproportionate to keep those subjected to its rule from taking that precedent of ‘being able to affect the world around them independently’ and attempt to disrupt the governmental prerogative of absorbing capital to distribute according to the ruler’s whims.”

“Yeah duh,” responded the wizard, “that’s basic knowledge. That doesn’t mean that the guy who stands at the checkpoint of a tunnel should get to harass students whose wizard tower is on the other side of the tunnel.”

“Oh yeah? Well that’s something that should be addressed from a top-down perspective by filing a complaint with the higher-ups, rather than trying to argue on the streets with what you are already clearly aware is a new hire.”

“An official complaint would go on any new higher’s permanent record! He might be a dumbass right now, but putting that kind of thing into writing is basically a free justification for the guard to deny benefits to the lowest person on the professional ladder. It’s better in the long term to snappishly inform him of his shortcomings in blunt language, rather than ruin his future career prospects by allowing a justification for long-term exploitation by higher levels of management.”

“Awfully caring of you, considering every action you’ve ever taken in my presence.”

“You are just extremely irritating. Has anyone told you that?”

“Almost everyone that have ever interacted with me.”

“Hey, the same can be said of literally every member of my species.”

The group stops their bickering as the path forward is blocked by very large humans.

“Well that’s not good,” states Avery, “those are royal guards.”

“I can solve that problem,” notes the hungry invader, pulling out its metal stick.

“No,” responds the regular one, pushing it out of the way. Quietly, it continues outside of easy human hearing. “Save that for when we have a confirmed high value target.”

In the dead of night, she had snuck out of her rooms, decked in high quality magical artifacts. It was still night though, so she hadn’t changed out of her nightclothes. She had just gotten that cockatrice stuffed, and if they weren’t the floofiest undergarments in the entire kingdom, she had overpaid. Technically, it would have been her family that had overpaid, but that was the same thing.

An artificer would be hard pressed to find a creature more suitable for that particular trait, however. Cockatrice were giant balls of fluff, whose main method of transportation was to roll around like the balls they were. Only rarely did they start to fly, and then only in brief bursts as they could only hold their breaths to stay inflated for so long. If they didn’t have all the special qualities of a basilisk, they would be ideal pets. Unfortunately, people generally didn’t enjoy being turned to stone, so she had to settle for a spherical lower body with all the floof still attached.

Apparently they had to replace the air sacks with something to fill the space, and that was down from a chickatrice. If she didn’t have rebelliousness to indulge, she would be perfectly content to spend an entire day just marveling at how soft her pants were. As it stood, the crypt awaited.

So some prophecy had come around about the sword sealed away in the mausoleum would be unsealed only when it was time to save all of reality from being unwound or something along those lines. From what she overheard, there was a bit about everything once being dust on heaven’s pyre, and something coming to remind them what they were. According to every story she’d ever heard, the hero ends up hearing about the prophecy they were involved in, then instantly going to fulfil it. She certainly wasn’t going to attempt to subvert that trend.

Instead, she just waited until the cover of night, grabbed every magical item she could find, and made her way down to the royal tomb. They had already driven off the dragon incursion of the year, so it wasn’t like anyone was going to need them any time soon.

Surrounding the plot of land was a waist-high fence, and a closed gate with a lock on it. Completely insurmountable without the key, except that she had something even better. A magically enhanced lockpick. This particular artifact cost twelve thousand gold, and took the form of a set of steel gauntlets. Punching the gate, the iron doors blasted open, allowing her easy access to the crypt. That would work on any door, regardless of how magical the lock on it happened to be. Ancient sealed tomb holding a deadly evil? Punch it. Massive gate blocking the exit of the city? Punch it. The gate to hell, blocked by wards to prevent the living from approaching on pain of dessication? Punch it from a distance. The things shot magical energy blasts of unlock and open too.

Quickly making her way down to the main area, she takes a moment to appreciate the dash boots. They simply doubled the speed of whoever wore them, which was enough to cost another four thousand gold. That made them one of the cheapest possible magical items, but they were still extremely useful.

It was just too bad that so many useful effects ended up on shoes, and none of them would easily work with the others. The more magic got shoved into a particular boot, the more gold it would cost to do the shoving. Heck, the plateau the kingdom was built on had cost so much to build that the treasury had started almost empty. There was a reason she was using the cheap and effective equipment, even if that meant having to change shoes if she wanted to instead be able to jump onto a dragon’s back mid-flight to cut it out of the sky.

She wouldn’t be able to do that, but her father definitely did regularly.

Probably all the sword anyway. All she had access to was utility items, and the magical weapons of mass annihilation were kept in places secured by far more than simple locks. Still, even a cheap two thousand gold backpack to keep the various items accessible and secure was a useful item.

Dashing into the central chamber, she paid her respects to her grandfather, who had trapped the god of darkness for all eternity, and skipped the puzzle in the secret room by blasting the door with opening magic. Now, the sword had been sealed in this room for some reason or another, but finding out why would involve reading the book up in the main chamber. She was speeding through this whole thing to get back to bed as soon as possible, so she definitely wasn’t going to be doing that.

The door closed behind her, the mechanism not having engaged to open it in the first place, but that was fine. It wasn’t as though the gauntlets had any sort of limit to how often they could punch things open. Moving up to the pedestal the sword was embedded into, she pulled on the hilt, lifting from the knees. That was always supposed to be how you pull a sword out of a rock, as her dad told her. You could put your entire body into the motion that way.

Slowly, the blade started to slide out of the hard grip of the stone holding it in place, and as it moved light shone from the gap between metal and rock. Movement by movement, moment by moment, the light grew brighter as she pulled the sword further up, until the pedestal let loose its treasure into her hands. Stepping back reflexively, she looked at the gleaming blade, and tried to remember if there was any restriction on stuffing a sharp object into an extradimensional space. Hopefully she had something in there to keep it from cutting her backpack.

Before she realized it was happening, she had turned to stone.

Bio: I'm writing one big story. Everything is a part to a whole.