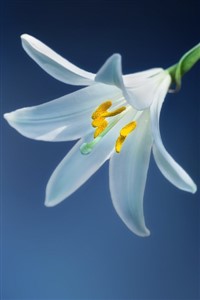 When Ester opened her eyes the next day, the morning sun was already up. In front of her, she saw the pale sleeping face of Hayley. At first, her mind didn’t register what had happened last night, but as the memories came back, she couldn’t resist but to smile. She took her hand to her friend and caressed her face.

Slowly, Hayley mumbled and started opening her eyes. When Esther realized her friend was awake, her smile became brighter.

“Yeah, that smile,” Hayley said with a tired voice. “That was the smile I was missing.”

Ester chuckled. Her fingers tracing Hayley’s soft face. Somehow, all the painful memories that were tormenting her just the previous day were starting to dissipate. She could feel her friend’s warm breath on her hand.

“I’m still lost about what happened yesterday,” she said with a low and gentle voice. “I still don’t get what’s going on here.”

“It’s just like a said,” Hayley rubbed her eyes. “I have always loved you.”

“Always as in, since when? High school?”

“Since we first met, I think. I was crazy in love with you.”

“I’m the one who is sorry. If I had confessed then, maybe you would…” She fell in silence. Ester thought Hayley probably didn’t want to bring bad memories. She shook her head and kept a smile, although with a glimpse of sadness in it.

“I would probably reject you. At that time, I was really into him, and, huh. Until last night, at least, it never crossed my head doing it with a woman, so,” then she got wide-eyed, almost jumping in Hayley’s direction. “Oh, sorry. Yesterday it was only me who felt good, right? I didn’t do anything. Sorry, I’m used to doing it with a man, so I don’t know what to do and…”

Hayley let out a laugh and put her finger on Ester’s lips.

“Don’t worry, love. It was great for me. And like I said, all I wanted to see was your smile. How did it go for you, though? It was your first time with a woman, right?”

“It was great. Really. It’s the first time in a long time someone made love with me. Actual love and not just…” She paused as the bad memories came back to her. But she forced her smile back since it was the smile Hayley wanted to see. “But I still think I should…”

“Don’t worry. We have time for that. After all, we’re going to live together from now on, right?”

“Of course,” Ester said with a bright smile and inclined her body forward to kiss Hayley’s lips. Hayley turned her face away, making Ester frown.

“Sorry, love. I really need to brush my teeth first.”

Getting out of the bed, Hayley took her clothes that were in front of the heater and walked inside the shower room. She didn’t bother to close the door. Ester examined her own clothes and, realizing they were dry, started to wear them.

Staring at the shower room and Hayley brushing her teeth, suddenly Ester realized she hadn’t even taken a bath yesterday. It was all so crazy she hadn’t even thought about it, but now she felt embarrassed. But she didn’t say anything and Hayley didn’t seem to mind. After some time, her head seemed a little more clear.

“That reminds me, I didn’t get my toothbrush,” she said out loud.

“I’ll buy one for you,” Hayley said from inside the bathroom. “I’ll also grab something to eat. You’re probably hungry since we didn’t eat last night, right?”

“You can’t fill your stomach with love,” Hayley said, getting out of the shower room dressed up. “Can I leave you alone for a few minutes?” She had a worried face as she asked.

“Yeah, yeah, of course,” Ester said while putting her panties on and sitting on the bed. She already had dressed up on her top. “I’m feeling really better now.”

She let out a reassuring smile for Hayley, who nodded and walked to the door. Before leaving, she still added: “I’ll be back soon, don’t worry.”

After being left alone, Ester got off the bed. If she had to tell the truth, she was still a little scared of being alone. But she had faith Hayley wouldn’t abandon her. And, examining her phone again, there were no more missed calls.

“Maybe he decided to leave me alone,” she mumbled to herself. It was hard to believe since he was always so violent against the possibility of her leaving him. So much that she feared for her life if he ever finds her.

She walked to the shower room. She wanted to brush her teeth before Hayley was back, so she put the toothpaste the hotel had ready for them on her finger and used it as a toothbrush.

After she was done, Ester stared at the shower’s direction and realized she really wanted to take a bath now. For a long time, she had stopped caring about her personal hygiene and only did it for fearing how her husband would react. But thinking about Hayley, she wanted to be clean when she came back. And besides, after last night, she needed it. Her clothes were dry already and the hotel had spare towels, so she did it.

When she finished, she started putting her jeans on but realized something in the corner of the shower room she hadn’t seen before. Hayley’s backpack was lying there. Suddenly Ester realized Hayley went out not carrying anything, so she wondered if she even had money with her or forgot it behind. After finishing to put her shirt on, Ester took the backpack.

At first, Ester hesitated. It was her friend’s personal belongings, after all. And if she had forgotten her wallet or something, she would come back soon to get it, anyway. However, something different bothered her while looking at it. Hayley didn’t have different clothes to wear and had to put the same she came with. But the backpack seemed stuffed. If she wasn’t carrying clothes, what was inside it?

She looked to her sides as if making sure no one was around, took a deep breath and decided to just peek inside. Slowly, she pulled the zipper, opening the backpack. The first thing her eyes saw inside made her feel a chill inside her stomach.

She hesitated. For a moment, she considered closing it and pretending she never saw it. But it was too late. The object was inside the backpack, with its metal shining in front of her eyes. She put a hand inside and felt the cold sensation. She took it off, it was a gun. By the weight of it, she assumed it was probably a real one.

For a moment she froze there, staring at the object unbelieving. That was the first time she ever saw a real gun. And she was even holding it in her hand. The fear made her heart beat faster. She wondered if Hayley needed it for self-defense since she was a woman traveling alone. She was wondering about that when something brought her attention back to the backpack. A stench, probably unnoticed before because the backpack was closed, now was starting to impregnate the shower room. Ester couldn’t recognize the smell but seemed like something rotten. She looked inside and saw what looked like a tied up black plastic bag inside. Above it was a smartphone.

Putting her hand inside again, Ester took the smartphone and turned it on. She was taken by surprise when her own photo showed up at the screen. Not an old photo from when she was in high school. It was a recent photo, just some months old. She recognized it and probably still had it inside her computer, which she left home.

Ester gave a last look at the plastic bag inside the backpack. But that was enough, she didn’t think she would be able to take another shock. She put the gun and smartphone inside the backpack again and walked out of the shower room. She sat on the bed, feeling dizzy.

Until that moment, she was thinking that meeting Hayley on the bus the day before was a happy coincidence. Now her thoughts went back to that time. There was something weird that Hayley said, just now Ester realized.

That might be surprising to you, but we have been sharing the same city all this time.

Ester never said where she was living. Hayley wasn’t there yet when Ester went inside the bus. So she couldn’t know. Only if she had met Ester before. And seeing her photo on that smartphone, Ester realized Hayley did know about her current before.

She wondered if she was in danger. But no matter how much she thought about Hayley’s actions the day before, she didn’t feel threatened. It was the exact opposite, Hayley made her feel safer. That’s why she decided to give Hayley at least a chance to explain herself once she came back.

Trying to take that off her head until Hayley came back, Ester turned on the TV. She started to change channels as if to find something that would catch her attention. Then, suddenly, she froze. There was no doubt, what she was seeing in front of her was real. The photo on the TV screen, which was screening the local news, was the face of her husband. She almost fainted as she read the headline: “Dead body found”.

Hayley was almost at her destination when she realized she left her wallet in the side-pocket of her backpack and turned back in the hotel direction. She kept her eyes on the street all the time, as she heard what sounded like police sirens sounding far away.