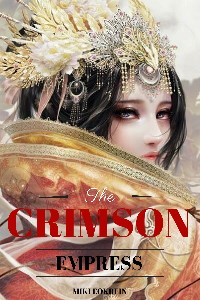 Remove Ads
Settings
Next Chapter
A note from mikleokrein

(Wattpad Version: ... then along came Truck-san)

I was blinded for a moment at the onslaught of light.

Immediately, my lashes fluttered to a close and my slender arm attempted to block off the source of light. Suddenly, sharp pain radiated when I moved my shoulder which then caused me to let out a startled gasp.

Biting my lip, I halted my movements, resting my body in a supine position from where I was laying down. Aches and pains warred from my state of mind. Despite that, I did my best to calm down lest I hyperventilate.

I tried to get my bearings together with lids still closed.

I was heading to work.

My mind whirred, giving me a headache as I tried to process on what the hell happened to me.

My eyes abruptly opened as that particular thought came to mind, which then caused my eyes to tear up from the pain and my vision to haze a bit. I ignored that as my heart pounded rapidly from the revelation.

I was supposed to be dead.

However, for some unknown and utterly inane reason, that little thing called Life randomly knocked on my door and decided to change itself, or better yet, end itself.

When I was driving to work, I ended up crashing into an oncoming truck that decided to cheerfully veer off from its lane.

Cold sweat dripped down my neck as a random thought barged into my mind.

Hastily, as my vision cleared, I darted my sight to take in my surroundings.

Contrary to what I expected, which was a grotesque vehicular wreckage with metal, blood, and ashes scattered everywhere, I was currently in a beaten-up room with sparse wooden furniture that I wasn't accustomed to. It felt like I was transported into a period drama with all these ancient objects surrounding me.

Startled, I sat up.

"Ah!" I bit my lip as the corner of my eyes reddened from the pain.

This didn't explain the state of my body. If I really did transmigrate or was sent back in time, then why was my body in so much pain?

Wincing, I haltingly held out my arms and examined myself.

I can take the transmigration and the bruises...

(This is my first Danmei, so please forgive me in advance, lmao!~)

(Yes, it would be rampant with cliches, starting with the High & Mighty Truck-sama.)

(Also, unlike in my other novels, I'll try to lessen my word count in this series. Usually, my chapters ranges from 5000 to 8000 words, and I kept on getting comments about it being too long.)

(So, yeah, I'll do my best to taper off my word count in this one.)

(Please comment and vote, it gives me energy, thank you!~)