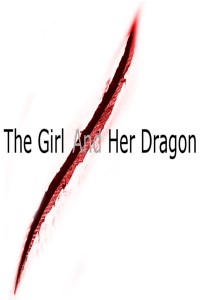 The Girl And Her Dragon

A hush fell over the crowd as the girl with a gleaming red scar that went from from neck to hip crested the platform.
They’d heard stories, rumors and speculation. This was the day they’d been waiting for.

Her piercing blue eyes glowed slightly as she scanned the crowd, and then they settled on her opponent.
The boy facing her twirled his two swords around with beautiful precision as though he were a performer who had practiced for this day.

And yet, dread poked at the heart of every onlooker.
It was hard to pinpoint the feeling at first, but it grew and became clear when the girl fell into a stance. What they sensed was inevitability.

The Talon raised her spear in a motion more graceful than a dancer, and in that moment everyone understood.

The boy was going to die.