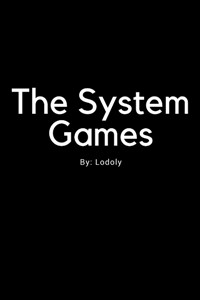 Loki read the book cover to cover, he will be going to a place called 'Jay city.' This place is filled with cultivators that could split mountains and possible destroy the heavens. Loki also had to abide by 10 rules given by the systems team.

1. Never reveal anything related to the system to others, or you will be killed

2. Don't kill contestants, unless the both of you have agreed to a death match.

3. You cannot steal from other contestants, or the systems team will confiscate your stuff

4. You cannot cheat contestants (think of it as going back on an agreement or something)

5. If you die in this world, you die for real

6. Your supervisors will monitor you at all times, They are not allowed to help you physically, remember they are only there to answer your questions and to monitor you. And guide you through your system.

7. You cannot get rid off your system.

8. You are allowed to kill non-contestants, but they can also kill you.

9 You can trade anything you want, even your own life. This does not include your system

10. You are not restricted to anything else besides these rules

To be honest Loki was actually looking forward to this new world, he had always dreamed of being a human cultivator with a system. What worried Loki the most is that he is not the only one with a system, indeed there are more people that have systems like Loki.

There are about 2000-3000 contestants that have systems, for example, there is another person that has a fire system. Which he can create and manipulate fire at will.

The 'non-contestants' that were mentioned in the rulebook, are the are people in the new world that don't have systems. Kinda like those CPU's in video games. However don't under estimate them, they could be very dangerous if you're not careful enough.

After Loki finished reading the book, he lied down on the bed and immediately fell asleep. Even though Loki has rested earlier, he only slept for 2 hours. And besides it was very uncomfortable and cold on that huge tree, especially since he was naked.

Loki woke up by the sudden urge to pee, after relieving himself on the bathroom, he checked his phone. He had slept for more than 13 hours, which was good enough.

He then ate breakfast, which was brought by a robot maid.

The beep sound came from the speakers, that were installed on the rooms and hallways.

"Loki Luz please check with your instructor at room 223 in 1 hour, thank you"

The voice came from a women, that told him to meet that weird guy. So he took a fast shower and changed into new clothes that he got from his closet. And then proceeded to meet his supervisor.

Loki took 40 minutes to get to his supervisors room, he took so much time to get there because he was lost in this maze. Luckily he made it on time thanks to some robot butlers and maids who pointed the way to Loki.

Loki knocked three times on the metal door, which then opened automatically. He walked inside the room and the first thing he saw was the weird guy, he was working on a machine. The machine looked a lot like the one he came out when he first came here, Loki could tell that this was another teleportation device.

"You only have 20 minutes before you leave, in the meantime just wait"

"Can I ask something"

"what is the point of all this, I mean what is that point of having a bunch of people owning system powers in the first place''

Loki knew he would never get the answer for this question, but it never hurt to ask

"I'm afraid that even I don't know the answer to your question, the only one who knows is the master"

The weird guy continued to work on his machine, without even looking at Loki

"He's the one who gave you your system powers, He is also the boss of this place. That's everything I know about him"

"I am not obligated to tell you, all you have to know is that I'm your supervisor"

The weird guy stopped working on the machine, he wiped the sweat from his forehead wiht his sleeve and said to Loki

"Okay Loki, once you step into this machine it'll teleport you to another world. Remember in this world only the strong survive, while the weak die. So get strong as fast as possible, and good luck to you Loki Luz"

Loki nodded to the weird guy and stepped into the device, it looked the a huge glass cylinder that was standing upright. Loki then entered the cylinder shaped device and he was immediately teleported to another place.

Loki arrived at Jay city, he was teleported in a very ugly house that looked like it was about to fall down any time soon, but the inside was much worse. The first thing Loki saw was a bunch of corpses from cockraoches that were in the floor, some were even alive and tried to get into Loki's pants.

Loki hated bugs most of all, and then quickly ran out the door. He had stepped on so many corpses of cockroaches on the way, that it almost sounded like he was stepping on a puddle of water, but he ignored it and kept running towards the door.

when Loki exited the building, the first thing he saw were huge building, but these didn't look like ordinary buildings. They were actually levitating, that's not the only thing that shocked Loki. It was also the vehicles that people had, the vehicles were also floating, and not only that but some people were riding monsters, some looked like ants and others looked like giant red pigeons.

There are so many other creatures, but Loki couldn't recognize most of them. When Loki read the book, it never mentioned giant creatures and futuristic vehicles and buildings, Loki thought at first that he world be teleported to an era where people still used horses as a form of transportation, and still used sitck and stones to fight (Basically the dark ages)

Loki heard a familiar sound, and he checked his phone.

"Hello User 1751, you have been successfully teleported to Jay City. You will be given a new identity for this world, Here is your new identity, you may choose a new name or keep your old name"

Loki decided to stick with his old name

"Everything is now set, enjoy your new life Luki Luz"

Loki was very happy to be alive, he had always dreamed of the day, when he would be teleported to another world. Even though he might get killed in this world, it was much better than living on earth

The first thing he needed right now was money, because money was always a good way to get stronger, as he could by weapons, armor, cultivation techniques, etc. But right now he only had 100 cyo*

So Loki made up a plan

2nd get as much information about this world

3rd Become stronger than anyone else

He needed information as well, because learning about this world will without a doubt increase his chances at surviving.

And starting from today, was the beginning of Loki's adventure

(authors note: Cyo is the currency name for this world)