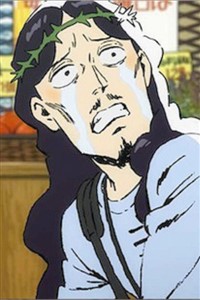 Frederick whose plan to make friends fails miserably and he dies. He wanted to have a friend but his scary looks came in the way, every time.

God pitied him and after death asked him for a wish.

He wished that he should have a awesome power and wanted to respected and admired by people- A Hero.

God agrees and sends him to the world of Estayphus, which was in uproar because of the demon king.

His goal is to defeat the evil demon emperor and to save the world of Estayphus.

And so he was bestowed with the power to change is mass density of his body with his free will as well as he power to communicate with animals, spirits and trees.

He is entitled as the Prophet.

Note:- Contains parody and lots of conversations as well as clumsy misunderstanding.