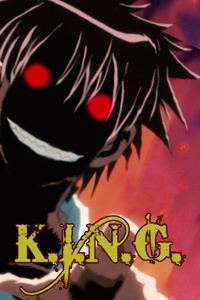 Kenneth Icarus Negrowrath Gracious, in short, known as 'King' was a former demon king who was slain by the Seven Heroes, known as Seven Heavenly Virtues.

Right after the Demon King's death, Azrael, the angel of death met King before his departure to the underworld.

There he strikes a deal with King to send him back to the mortal realm and give him a second chance in life.
But there were certain conditions-

- Kenneth's body would be like one of the mortal human beings.

- Kenneth's vast amount of magic mana would be sealed.

- Kenneth has to wait for about 9000 years so that the Mortal world can heal after the big bloody war.

Kenneth who had nothing to lose accepted this deal in a heartbeat.