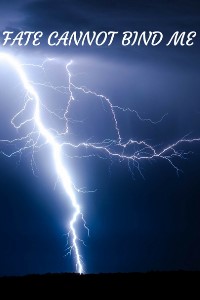 Chapter 1 - Accept That This is Goodbye

Make sure to read prologue as it contains a looooot of info and lore!

"I said you're not taking her anywhere, I don't care what generation family you come from or what power lies behind you, Maaya's staying here in Amdale where she belongs"

Despite the brave words Hishima shouted and the fact that he held a branch in his hand ready to attack, the actual fact of the matter was that his knees were shaking and his mind was falling into a state of panic.

"Damn, damn, damn! What the hell is a branch gonna do against a monster from a 12th generation family. Even if I dropped a tree on him it wouldn’t do a thing," he screamed internally to himself.

The 'monster,' in question, was in fact a man who looked to be in his early twenties. The only part of him that gave away his real age were his eyes. They seemed to contain too much wisdom and experience to belong to any youth. He had handsome features and wore a blue robe that, despite being made purely out of cloth, gave off an almost neon luminous glow.

The 'monster' looked at the scrawny kid in front of him. He of course picked up on the boys shaking knees. A look of appreciation and pity filled the mans eyes.

"Like I said earlier kid", the man uttered in a soft and almost comforting voice,"number one, you have absolutely no way of stopping me." With that remark the man his lifted his hand into the air and pointed directly upwards with his index finger. A wave of light identical in colour to his robe emanated from his abdomen and rose up to his finger, where it was then discharged as a tiny sphere of light with a diameter of barely one centimetre. The sphere rose rapidly until it was over a hundred meters high. It then burst into what looked like a beautiful firework. However, despite its beautiful aesthetics, the shockwave created be the 'firework' was nothing to marvel at. The wind generated by the tiny sphere knocked Hishima clean off his feet and his sent him flying a few meters away. This was the result when the sphere had not even been aimed anywhere near Hishima, and had not even had the purpose of causing any harm to him.

"It seems i'm really gonna die today" Hishima muttered to himself. He shakily got up and looked around, the forest they have been standing in now had a clearing around a kilometre in diameter. This astonishing level of power from that small sphere actually caused fear and hesitation to flash in his eyes, however when he thought about the fact that he might lose Maaya forever, Hishima stood up straight, looked the blue robed man in the eye and lifted up the log once more. "You're right, I have no way to stop you.... but I'll bloody die trying"

When the blue robed elder saw all these emotions and actions from the kid he actually became quite pleased. "He's reckless but he's not an idiot. He clearly knows that his actions will most likely result in death, it's just that his willpower and principles are preventing him from giving up on the one he cares about," the, despite his youthful appearance, old man thought to himself. "What a character, if only he was born into a decent family".

"Secondly kid," the elder continued, "I am in no way taking your friend by force." With that he stepped aside to reveal two figures behind him, one male and one female.

Hishima's attention quickly turned to the female. As for the male, it was as if he didn't exist to Hishima.

"Maaya," he cried,"let's go back to the city, there's no reason for you to go with them."

The girl in question looked up guiltily and lovingly at the boy in front of her. She then said to him in a voice filled with tears, "I'm sorry Shi, but I have to go. In order to protect my family I need to get stronger, to do that I need to build a third and final layer of cultivation. The only way I can do that is to go with them"

"No" Hishima screamed at the top of his lungs, "I'll help you train get stronger for sure, you’re a genius Maaya, you don’t need these people, so don't go Maaya..... I'm begging you, please don't."

"SHUT UP!" Maaya screamed, finally bursting into hysterical tears. "The only way for a person like me from a mere 3rd generation family to get any stronger is to be adopted by a higher family. I HAVE TO GO." She gave Hishima a pained yet determined looked. "Please accept that this is goodbye." she whispered in a cracking voice, tears were still running down her face.

When Hishima saw the determined look in her eyes his mind went blank. He knew he was being selfish and that this was what was best for Maaya, but he also knew she didn’t really want to leave. However, as the old man had pointed out, he really didn’t have a way to stop this from happening. After all, he was a 0th generation himself. He had no cultivation, no power, no status. It was a miracle he was even able to befriend a non-0th generation individual.

The branch in his hands slipped through his fingers and landed on the floor with a thud. Emptiness filled Hishima's eyes.

"It's me. I'm so bloody weak" he thought as he fell to his knees, tears finally leaking out of his eyes.

Maaya stood there and looked at him, also crying. "Lets leave" she quickly whispered, worried that if this situation lasted any longer her resolve to leave would falter.

With those words the elder waved his hand. A circular platform formed of that same blue light appeared beneath them. It lifted them up and flew away at incredible speed. Within seconds they were out of Hishima's line of sight.

As the group left the elder cast a glance back, he sighed. "What a sad set of events. The kid has a good character and a decently strong will. Might as well leave him some good fortune and offer the poor lad some hope...".

The elder waved his sleeve slightly. An envelope emerged and proceeded to fly back in the direction they had just come from...

A note from GRANDPA DOEHRING