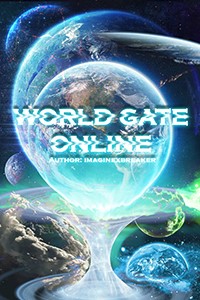 In a certain dark corner of the world, several figures have gathered.

One of which, wears a mask that resembles that of a crow’s head.

This person, was the same person responsible for releasing several monsters in [Earth].

“I’m sure you all know what is about to come.” (Crow Head)

His voice, reverberated throughout the surroundings.

Hearing this, the audience spat and grumbled. Clearly not liking the situation.

“And where were these so called [Heroes] when we need them?” (Crow Head)

“Do not be mistaken! These [Heroes] that you see in the television. They are anything but [Heroes]! All they want is fame. Fame, money, and power.” (Crow Head)

“Before, we can only grovel in fear and beg for mercy to those with power. Now, we have [Power]!” (Crow Head)

The cheer got louder.

“We will take what’s rightfully ours! Revenge to those who treated us as trash!” (Crow Head)

The earth starts to shake from the audience’s stomping.

“They call themselves [Heroes]! First, we shall take that from them!” (Crow Head)

The heavens were silenced from the shouts of the audience.

“We will prove to the world how pitiful these [Heroes] are behind their masks!” (Crow Head)

The stars disappeared as they cowered from the miasma the audience released.

“ALL HAIL DEATH! THE EQUAL ENDING TO ALL BEINGS!!!”

Crow Head sighed after the audience had dispersed when suddenly, a male’s voice called out to him from behind.

“Haha, that was quite a crowd there. You really have a good charisma, Crow.” (Skull)

Skull laughed. As his name suggests, he wore a skull helm and a bone armor that made him look like a [Death Knight].

“Haah, it’s really tiring you know. Not to mention, there’s this uncomfortable feeling I always have…like someone’s watching me from a far…” (Crow)

“Everyone’s looking at you so of course there’s someone watching.” (Skull)

“Not that. This one’s more…cautious. Like he’s scouting…surveying…reading me.” (Crow)

At the end of the hall, they arrived in a room where several people had been waiting.

Hood sat on one of the chairs present in the room and wore a pitch black robe with a hood that covers his face with its shadow. Even if one is to look directly on his face, they will still be unable to see beyond that shadow as it is an effect of his robe.

“You are still my little Crow~” (Clown)

Clown laughed in a weird fashion. As his name suggests, his appearance is that of a clown. Heavy makeup and a jester hat as well as colorful clothes to go with it.

Clown sent a flying kiss towards Skull who suddenly drew his broad sword and frantically swung it in front of him as if to make sure the flying kiss doesn’t touch him.

“Do you want to kill me you damn homo clown!?” (Skull)

Just as Skull was about to brandish his sword to Clown, Crow intervened.

Clicking his tongue, Skull sat to his seat beside Crow followed by Hood, Clown, and several more others.

Seeing everyone has calmed down and listening, Crow began.

“The gathering of World leaders of two worlds…is it? [Earth] and [Harus]…” (Hood)

“And the [Gatekeeper Project]?” (Crow)

“Yeah, we’ve also heard about it. But only the main purpose of it. We don’t know any details.” (Hood)

“I see…no matter. For now, we will proceed with caution. They made that project because they know that people like us will exist and will most likely have a plan to counter them. Until we know all of their counter plans, we will not make any big moves.” (Crow)

Crow sighed at the thought that something troublesome had appeared.

“Hah! What can they even do to counter? We have magic! It will take years for them to think of a way to maintain security.” (???)

A werebeast roared in the room.

His fur was pitch black, the complete opposite of a certain silver wolf werebeast.

“Volf, intel has it that the [Gatekeeper Project] has started before [World Gate Online] and [Portal] were released. We can’t risk any needless damage.” (Hood)

“Che- But isn’t it that a [World Key] was only found recently? They still can’t prepare that fast. I say we smash them right now before they grow more powerful!” (Volf)

True, since their enemies aren’t organized yet, this time would be easier than letting it drag out where their enemies will have time to prepare more.

“It’s not that you are wrong Volf. But that is only a momentary win. If we strike now, we will indeed win. But then what? They will revive again after a day because of the effect of activating [World Key]. And when they come back, they will be more united.” (Crow)

Imagine, while the enemy is still in the middle of making an alliance with two worlds, then they attack them. This will make the alliance members to think that the [Gatekeeper Project] is indeed needed and will give full support.

On the other hand, if they don’t attack, even if the alliance was successfully formed, there will still be doubt and infightings. And if the alliance failed, then all the better for them.

“Do you understand? Attacking now will only help them even more.” (Crow)

“Then what will be our move? Keep sending monsters like what you did before?” (Skull)

“Yeah. We need to figure out all their tricks. We’ll also have some small time criminals bend to our wills and have them perform crimes with magic and see how they counter it.” (Crow)

Crow sighed at the stubborn wolf.

“In the meantime…think of a way to destroy the [Special Hospital] and [Special Prison] where those killed by [World Key] holders are sent. If we manage to destroy that, then people will lose faith on the [Heroes].” (Crow)

This silenced everyone in the room. Well, everyone but the laughing wolf.

“Huhu, leave the intel gathering to me.” (Hood)

“Also…when you see the chance. Kill the [White Haired Adventurer] and the [White Knight]. They are one of the main pillars of this [Heroes] after all.” (Crow)

The wolf growled as he revealed a devilish grin.

So the main enemy organization finally appears! The names mentioned here are more of their code names instead of their real names. And by real names I meant [Earth] names and [Harus] character names.

Next chap should also appear in a bit...just refresh.