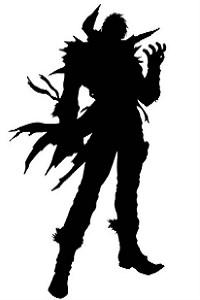 After the Great War, humanity has managed to survive through the passage of the controversial NCRA act and the advent of "Project Deus", or "Project God" - The creation of a Virtual Realm, "Aeterna".

Praised as the salvation of mankind and the fulfillment of its grandest ambitions by some, others revile it as a tool to enthrall and enslave the minds of humanity's most vulnerable individuals. Project Deus promises to grant divinity to the select few who rise to the highest ranks in Aeterna, effectively becoming Gods and Goddesses.

Forced to enter Aeterna, one man swears vengeance by becoming the Ultima Deus, or Last God. The God to end all gods.

Please note the following: Mature content, mostly gore and gratuitous violence. No immediate ultime power-ups. This is a grindy, feisty slugfest starting off from the very bottom of the pyramid, and measured, progressive and very deliberate upgrades.

I love this story, a MC that has his own unique personality, not a typical one that can be found in many stories on this website. An amazing background of the MC that wondefully builds him up and possibly a a sign of a love interest in the near future (Give it to us OP). I love your story and I hope that you do not stop writing it.

Yet what I fear is you dropping this story like countless other ones that I have come across. I do hope you will stick with this till the end and I shall be there to see that happen :)

If you drop this I shall scythe your soul we the reapers are watching.

The contract was signed the minute you saw and read this.

This author almost cannot go without a whole line of text without attempting to equivocate in the most redundantly pseudo-intelligent way possible. Sometimes the descriptions are fruitful. Every other time, there is nothing but pages after pages filled aimlessly with a plot going nowhere.

There is almost a semblance of a plan in this story; there seems to be some hint of proper storyboarding and that this author isn't completely running by the seat of his pants. But only barely. The framework might as well have been a hindrance from how off the wall (and not in a good way) the pacing, and as well as how little RELEVANCE the story retains.

This story is effectively a reskinned version of the timeless classic of a "jaded, wronged protagonist with life experience" mixed with "underpowered weak character in LitRPG somehow becomes the strongest / gods involved and mess with shit / Kirito hacks the fucking admin console".

It tries to use characters I don't give a shit about as narrative stakes to a fight. It tries to use the supposed "weakness" of the MC to raise the stakes, but give him god-level intellect to make some insane trap frenzy with what seems like zero time to do so. And don't get me started on these low-effort side characters to disguise this author's lack of ability to write actual characters.

It's a pretty common trope for shitty wuxia writers to disguise their inability to write character development by making their side characters not human. This is literally the case, and there's a grand total of three so far as I've read.

The lack of honest reviews on this book did not create enough warning to shy me away. There was the review describing the book as "too descriptive", but frankly, the failings of this book go far beyond description: description can be useful or paint an elegant image, but this is just filler content to fill pages or give the appearance of eloquence.

There is a clear lack of sense when it comes to targeting an audience...

Okay so i just finished reading all thirty something chapters, and you have defintley left an impression on me...
Freakin Pasha man damn, anyway just wanted to let you know that I and probably many others want to read more of this story, Its funnyy the characters are True to their roles, and most importantly There is a certain depth to the story you can rarely find in most literature.
To be quite honestly I would pay money to read more... And that's really rare for me I mean I'm the prick that would "borrow" a library book before spending a dime but I'd seriously spend twenty dollars on a fully fleshed out book, of course with the hope of a second one down the line...

Anyway thanks for the chaptersw so far, and if only to appease your anxious fans please keep up the good work!

Fucking love this story, it's engaging and very fun to read, the characters are decently fleshed out and you, as a reader, actually feel how you planned out this world in beforehand. My only minor nitpicks (or not very minor, depends on how you see them) are the fact that status screens take you the fuck out of the action. They break immersion and basically makes you stop reading to digest a bunch of numbers. But i suppose that comes with the genre.

There is also the fact that we've been stuck in flashbacks for 1/3'rd of the story now, making the pacing crap itself. Before we entered the Labyrinth of Souls we had some decent progression with not-so-drawn-out fights, but ever since we entered the dungeon itself the fights and flashbacks have bogged down the story, and i can only imagine how it would be to try to wait out the story while it releases. I've been catching up (and did catch up) and i thought it was inordinately long, so i can scarcely imagine how it must feel for readers that have had to wait out the entire thing.

But as i said, while these might be major nitpicks to some, i'll still give a high score since everyone else does, and lowering this stories score would only serve to discourage you from writing.

TL:DR - Good story with some minor issues that can be easily addressed.

a dark concept of the future world, intresting MC with a strangely likable insane personality and an emotional rollercoaster for the reader. PLease keep posting!

Aside from the title which is a little of putting to people with religeous backgrounds, this is indeed one of the better fictions on the royal road site.

The style isn't bad even though almost entirely written from the first person perspective, more battle perspectives from different enemies, would be nice, presenting them as people and not idiots. Again with my enemy mob complaint, but at least this story is more believable in that due to the mc.

The story so far has been perfect, aside from the fact that i couldn't figure out where the barrel of lamp oil came from on the first majot fight after town.

The grammar is pretty decent for an average english speaker, but again not completely professional which is ok, but publishers would want more.

The character is perfect in his imperfection.  His background, struggles, life story is very well presented.  I think maybe him loosening up a little coukd have been postponed some, but it was very brief which fits the character.  Love the fact that most of the time he is fighting the system, not just others, and as for his own flaws, he completely accepts them as part of him, which is necessary in a person of that calibur.  Really a fantastic character.

Really this character deserves an enemy that is smart, and talented, and not a dumb fop, one that is capable of killing him and does harm him from time to time. it wouldn't matter if by combat or through management, but he need an enemy as devious as he is, one that won't give up.

to the quite frank, you need to publish this professionally for money if you havn't already, it's already good enough for an ebook mini series on smashwords or something. This is higher quality than many published paperback works i've read.

Giving a review as requested on Forum, helping another fellow writer out :)

I had a wonderful time reading this! This is a very unique virtual reality story and I very much enjoyed it.  You have a wonderful crew of characters that stay consistent, but slowly but surely get stronger. One of my favorite parts was when he got the stubborn as a mule title and was called mommy by his book child.

Of course that being said, I do make some suggestions. When doing flash backs, make sure they are relevant to the character. The girl prina , the girl that was left behind (I don't remember her name sorry), it really didn't serve any purpose other than show his character. However, you already showed us that in a previous flashback with Alan.

Watch your flash backs make sure they are relevant and are not fluff, but actually give clues to some of the questions we have as readers. For example when he is unconscious and sees Sophia. He talks about how Sophia mad the difference. Well about what did she make the difference? We didn't gain any new information just a filler. However, other than that you're doing a rather great job. Just keep it up with what you're doing.

This is a really great story and has great grammar and plot line!!! Can't wait for the rest of the stories