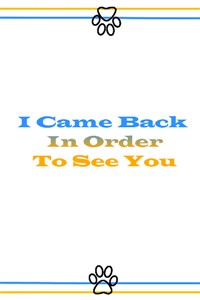 As Talia was walking with Sanya, she asked. “Where do we go?” She needed to explain a lot of things, so she had to find a good place.

“How about my home?” Sanya’s reply was quite normal. But, to Talia this meant a lot. Talia’s face started to redden and her smile became a bit strange.

“Yes, mom should have already finished working today, so she should be at home.” Sanya was not aware of what Talia was thinking. She answered without noticing her strange behavior.

“Your mom! Of course, There is your mom! Haha…How is she doing?” Talia regained her calm and inquired about her mom. She had always been really close with Sanya’s family, which only constituted of her mother.

“She was worried when you didn’t show up for your shift. During the last week, the atmosphere around the bakery was quite heavy.” Talia suddenly remembered things from the past.

‘It’s true her mom run a bakery just beside their house, and I used to work there as a part-timer. The name of the shop should be Sun Bread if I remember correctly.’ The bakery was just beside their house. Sanya helped sometimes when there were too many people. Talia also worked there to earn a bit of money. The reason she started working there was not that she wanted to buy something in particular.

It was because of sweets. Talia just ate too many sweets, so she needed to find money to keep buying them. There was a limit to how much her parents could spend. However, she had not chosen to work in a bakery to have the leftovers. The reason was because it was Sanya’s family’s shop and also a place where they first met….

“Welcome home.” an energetic voice inside the house answered back. Sanya swiftly put on slippers and handed a pair to Talia. She nodded in thanks and started to remove her shoes.

“Pata pata pata!” Talia heard a soft sound coming from the corridor. It was like the sound of a cushion hitting the ground. When she turned to look, she saw a ball of fur with triangular ears. There was so much fur that it seemed to slid on the floor. It also had whiskers and small eyes. The ball of fur’s eyes locked on Talia and it sprinted toward in her direction.

“Fluffypaw!” Talia had a big smile on her face. The ball of fur then jumped onto her shoulder and started purring and rubbing its head. Its puffy tail was smashing her smiling face. The mass of fur had similarities with cats.

Sanya had a wry smile as she looked at the scene. “As always, Fluffypaw sure like you.” Talia was patting the fluffy cat, which caused her head and her short ponytail to say a bit. Fluffypaw on her shoulder saw it and started playing with it.

“I saw our fat cat dashing. Did Talia come back?” A woman also walked from the corridor. She looked to be in her late thirties. She had blond hair longer than Sanya and she was also taller. She seemed strong-willed, like the type to always have the last word in a debate. When she saw Talia, she lightly smiled.

“I was quite worried you know, kid. Of course, I was not the only one. The old Alan, those three brats and the old lady from next door. Well, I will not lecture you or something. It’s good that you came back.” The woman, Cathia Cliff, picked up Fluffypaw from Talia’s shoulder. The cat seemed a bit reluctant, but it quickly nested itself in her arms. Then, Sanya’s mother flashed a teasing look to Sanya.

“Even so, there was someone a lot more worried than me. Right, Sanya?” Hearing this, Sanya could only turn her head in embarrassment.

“M-Mom, Talia and I are quite busy, so we will go to my room. Don’t disturb us, ok?” Sanya started to head to the staircase. Talia followed just behind her. When she passed by Cathia, she smiled and nodded in greeting.

“Don’t go overboard because you missed her~”

The room was about the same size as Talia’s. There was a simple bed, a bookshelf with books about cooking, cats and study materials. her desk was made of wood with a laptop on it. There was a small cat tree fixed on the wall. There was also a board, like in Talia’s room, with photos of the two girls.

When Talia scanned the room, she saw a family photo in a frame on Sanya’s desk. There was a young Sanya, who looked around 8 years, her mother and....her father.

‘Ah, that’s right. It’s been around 5 years since her dad passed away. He was an explorer, right?’ Sanya’s father worked as an explorer in Pacifica. During an expedition, a landslide happened in the region where he was. Out of the 33 explorers, 4 died including her father. The Union gave a financial compensation, in order to support her family. But the loss of her father was a too big blow. Nevertheless, Cathia had done her utmost to live with her daughter. Now, they had a stable income with the bakery.

“Anyway, They have no problem for the moment. Even if something does come up, I’m here. Nonetheless, her room is still as pretty as ever.’ Talia liked Sanya’s room. It calmed her mind.

‘The air, the cute carpet on the floor, the cozy bed... Wait.’ Seeing the bed, Talia recalled all the shameful things she did today. Hugging Sanya, hand-holding with Sanya, head-patting Sanya. However, Talia did her best to not feel embarrassed!

“Come sit on the bed.” Sanya’s voice woke her up. Sanya was on the bed, sitting cross-legged. She patted in front of her to indicate Talia to sit there. After sitting, Sanya fixed her with a serious look.

“So, what is the truth?” Her fists clenched in tension.

Hearing the question, Talia arranged everything in her mind. ‘Where should I start?’

First, Talia pointed at her right ear and asked. “Do you see something?”

“No…” Sanya frowned. There was only Talia’s ear. Well, it looked comfortable to rub, but…

“!” Something appeared on her ear! it looked like a dragon with its tail piercing the lobe and the head on the top. “W-What is this?”

“My inter-spatial storage unit. It was in stealth mode. Listen closely, because it may be hard to believe.” Talia had a serious face as she looked at Sanya. In response, Sanya nodded.

“10 days ago, I was recruited by a powerful figure in another dimension. This person is a dragon, the type that appears in fantasy books and such. To put it simply, this dragon, called Lord, founded a group named the Protectors of Worlds. Their goal is to protect worlds in danger of being internally destroyed. When I ran away, I was contacted by him.” Talia’s eyes were filled with a bit of nostalgy.

“They only contact those who don’t seem evil and have great potential. When they first contacted me, I was on the verge of committing suicide. So, when I heard that even an ability-less person like could be strong, I thought ‘why not giving it a try’. I had nothing to lose. The leader, Lord, developed a technology to cross dimensions, so he brought me to their base. They are based in a place called the Stellar Temple, located between dimensions. It’s like a big town floating in the void.”

Sanya was simply overwhelmed. She was agape looking at Talia. Even in her wildest imaginations, she would not have be able to come up with something like this.

“...Talia, I want to believe you, but what you are saying seems like it came straight out from a novel.”

“I knew you would not believe me. I don’t blame you, it’s natural. Then, look at this.” Talia got off from the bed and stood in front of Sanya. Then, it looked like space started to distort around Talia. No, it was around her clothes. Talia was now wearing a black t-shirt with a black short and boots. There were black with red lines futuristic-looking pieces of armor on her. There was a piece that served as a kind of chest plate, another on the sides of her hips. The pieces of armor on her forearms also covered her hands to form mittens. Her boots and shin were protected by pieces of armor. The coverage seemed minimal in order to focus on the mobility. A black scarf with an embroidered head of a red dragon was on her waist. And finally, she pointed her finger in the air. On top of the finger, a ring made of water started to form and rotated.

“And now?” Sanya had her eyes wide open for quite a long time. Then, she rushed to Talia and grabbed her arms. She started to touch her all over like she checked that this was real. Her arms, her hands, her belly...

“Y-Yeah.” Talia seemed a bit embarrassed. She quickly erased the ring of water and looked at her armor.

“This is the armor provided by the Protectors of Worlds. It can also be used as a way to prove that we belong to the group.”

“Wow…” Sanya was amazed. If this was real, it meant that her story about going to another dimension and becoming stronger was also real. Suddenly, Sanya thought of the ring of water that Talia produced.

“The ring of water just now, is it an ability?” If there existed a way for ability-less people to gain abilities, this would be a major discovery in the humanity. The reason was simple: Nobody knew a lot about abilities. They knew that the majority had it, while some didn’t. They also observed that those without abilities had their hair color change in their childhood. Apart from this…Not a lot was known. Of course, there were a lot of hypotheses, like abilities were the fruits of Pacifica’s apparition or a sudden evolution.

So if someone without an ability obtained one, it could solve decades of mysteries. However, Talia shook her head to her question. She then walked to the bed, while her outfit changed once again. She was once again in her school uniform.

“Come, I still have a lot to tell you.” Sanya gulped down and also sat on her bed.

“First of all, only 10 days passed for you, but 50 years passed for me. It’s for this reason that I wanted to see you so much.” Talia’s statement made Sanya’s heart skip a beat.