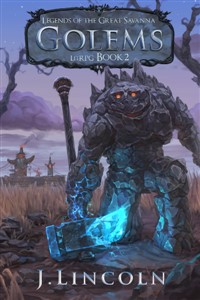 Fiction Page
Donate
Report Chapter
Who is going to win the Super Bowl?

The party beat against the Lich’s vessel with everything they had. James’s Martyr Skinning knife, Patrick’s True Iron Maul, Alex’s reinforced fists, Torunn’s claws, and Lilly’s light magic. Everyone was mentally and physically exhausted. It had taken numerous respawns and a few failed strategies, but eventually, the party was able to pull ahead in the spirit battle. Even though only an hour passed outside of the battleground, the party felt more than an entire day’s worth of battle fatigue.

“Five percent health left!” Alex screamed out, “Keep it up!”

James slashed at the spirit vessel with renewed vigor. He wished he had a heavier weapon. His short sword wasn’t substantial enough to do much damage. The reinforced crystal of the vessel resisted its sharp edge, but James refused to slow his pace. The enemy team would respawn any second now and give everything they had in a last-ditch effort to protect their Lich vessel. James’s party barely won the last battle that allowed them to get where they were. He wasn’t keen on fighting another.

James tightened his grip on his short sword again. His forearms were numb and struggled to transfer the power generated from his arm to his sword. The harder he swung, the more likely his blade was to bounce from his hand and clatter to the dark stone ground. The upgraded spirit item James made with his Forest Slippers granted a great boon to Health regain, not to mention the Teleport ability that helped him to turn the tide of battle, but what James sorely needed was more energy or mana regain. James had long since exhausted all of his resources, but still needed more. His endurance potions that he looted from a Oana Scout had been useful, but he desperately wished he had more. He didn't though. He just needed to keep on fighting. Just for a little while longer.

James glanced at the alcove where a burly and bearded humanoid lumbered about. He was nearly the same height as Noma, but much more human-like. Although Noma didn’t look very human, he certainly looked alive. The creature in the enemy alcove was clearly undead. James idly wondered if being a soul merchant required you to be short. Suddenly, Morga appeared next to the undead soul merchant and let out a howl.

“You cannot stop us! Your world will be ours!” the witch cried as she fired an arrow from her bow. The alcove was only a twenty-second walk from where James’s party attacked the Lich vessel, but luckily it was too far for Morga to use her deadly wand and Morga was in no mood to get within that distance. They had finally killed the witch enough times that she knew better than to fight without her teammates.

“Ahh,” Alex seethed as he pulled out one of Morga’s arrows from his leg. “Two percent left! What's the plan? Are we going to keep pounding away or should we retreat?”

James picked his sword up from the ground. He wanted to be done with battle. He longed for the Cabin on the Cliff. Yet, he was practically useless now. His sword strikes were no more than a formality at this point, doing very little damage even when he managed to land a hit. The smart decision was to retreat and regroup. He was about to say as much, but something Morga said angered him. She said our world will be hers. James wasn’t sure why he cared about it so much, but he let the anger fuel his strikes anyway. The world would never be hers. The world wasn’t even his own, yet James knew deep down it needed to remain free and out of her evil hands. Whatever type of oppression the undead wanted to place on it, he would fight. The thought that James and the other humans from Earth would ever return was a distant memory. He was in this world now, whatever that meant, and as long as he had the power to protect it he would.

Congratulations! You have increased your Will. Current level = 6

The confusion of raising one of his stats without spending a stat point was quickly forgotten when the rest of the enemy team respawned. With the stat increase, James noticed he had access to more energy. He checked his endurance bar. It was still at 0 out of 50, but now the outline of the bar pulsed with green energy. He wondered how it was possible, but didn’t have the time needed to figure it out.

With his newfound energy, James beat the Lich vessel with his short sword, “I agree with Patrick; let’s finish this!”

The enemy party charged from their alcove to defend their Lich.

“Less than one percent!” Alex announced his words barely comprehensible because of the quickness with which he tried to spit them out.

“Patrick, bulldoze them back into the alcove!” James commanded.

The redhead activated his ability and pushed the enemy back into the alcove. James watched as Patrick turned away to run, but was grabbed by Beholdar.

“It’s okay, we almost…” Alex started to say but was launched into the air, landing harshly on his back. The ground beneath them continued to quake. Huge crevasses opened beneath them, causing Torunn to have to roll so he didn’t fall into the abyss below.

They won. The lich had been defeated, and now the battleground was crumbling. That was the only explanation that made sense to James. He didn’t know what would happen to everyone once the battleground was destroyed, but he didn’t want to take any chances. James activated Martyr’s Rage and jumped to his brother, wrapping his arms around him, he hung on with everything he had. Light grew from the fissures in the ground. It brightened until James couldn’t see anything. He shut his eyes and continued to squeeze his little brother, but could still see the light growing brighter through his eyelids. James persisted blindly, his only thoughts were those of the light and the thought that he couldn’t let go of his brother. He wouldn't let go.

“Give him up!” A feminine voice echoed in James’s ears.

James winced and carefully began to open his eyes, but couldn’t see anything.

“No…” A haunting male voice replied, letting James know he wasn’t being spoken too.

James turned his head in the direction of the new voice but still couldn’t see anything.

“He belongs in my world and you know it!” the feminine voice replied, her voice growing louder the longer she spoke.

James turned his head in the direction of her voice this time and saw a light emanating from the direction. The slight panic that he felt over the possibility of being blind faded. A long silence persisted and the room returned to absolute darkness.

“What will you give me in return?" the male voice curiously inquired.

The light that emanated from the direction of the feminine voice exploded as the voice spoke again. It allowed James to get his first glimpses of his new surroundings. For the most part, everything was dark for as far as he could see. If it wasn’t for the light he would have thought he was floating in utter emptiness.

“I do not negotiate with your kind!” the feminine voice snapped in response, light lashing out and stretching until it uncovered something else for James to focus on.

The source of the male voice was the Lich. James was able to catch a quick glimpse of him as the feminine voice's light lashed out at the Lich. James recognized his ethereal and emaciated face from the vessel. The Lich sat on a throne of bones, casually tapping one of his icy fingers against a glass staff. James’s confusion turned to anger as he saw his brother there, kneeling before the Lich King. Then the light died and utter darkness consumed the scene once again. Still, the sight of Michael snapped James from his trance. Where am I? Why is Michael kneeling before the Lich?

“Then you shall not have him,” the Lich said, unapologetically.

James realized they were talking about Michael. He opened his mouth to object to the two powers that were fighting for control of his brother, but was quickly shut down.

Debuff Received - Death’s Kiss - Your soul has been ripped from your body. Minus 90 to all stats. You have one minute to reclaim your soul before it is lost to you forever.

A cold pain thundered through James’s body. He wanted to cry out but was unable to move, unable to breathe, unable to do anything besides long for his soul.

“DO NOT touch him!” the feminine voice boomed with righteous fervor and light once again consumed.

Thanks for reading! If you havn't already, please rate this story!

And yes I know the poll is old!