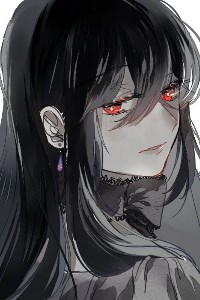 The Demon Queen (On Hiatus)

This is a strange predicament I got myself into. Before me was the king of a human kingdom.

"Welcome heroes from another world! Humanity needs your help in defeating the [Demon King]! His plans to destroy humanity must be stopped, and you are the destined heroes to defeat him!"

Or so he says. No matter what, isn't this a really weird situation? I'm a demon you know? A demon! And not just any demon either, I'm the [Demon Queen] you know?! Why was I summoned as a hero?!

Release Schedule:
Every Wednesday and Saturday. On permanent hiatus until I find motivation to write this again. Currently writing a quest on fiction.live in the meantime under blazingseraph. The quest name is Elder Dragon Quest if you want to check it out.

by Andouille Sunday, December 3, 2017 1:44:09 AM
the way mana works is a great concept; i really liked that, much like water, it was seen as something as healing as it is deadly. how you need innate mana in order to build resistense to foreign mana, as if it were a harsh element to endure- even through just being surrounded by it in daily life.(edited)
i also enjoyed the Battle Cleric thing, it's only natural for healers to have developed a better approach to counteract their vulnerability
i suppose my main concern is how omnipotent misaki tends to be, even for an ancient [ Demon Queen ]. just one glance at a pen, of which the technology she was unfamiliar, and she was automatically able to relay its ability to the reader. even with the keenest eye for body language, one can only assume Mal's desperation was out of a deep infatuation; whereas misaki just called her out on an entire possible love confession • O• )!
even with a stream of consciousness, it still should remain a singlular stream, coming from a singular character- lest the 1st person POV be lost. consciousness is limited after all!(edited)
the world building, the way classes, skills, and the [ System ] works- that's handled very well! it's very engaging, very interesting, very solid for it to be something you came up with on the spot!
there is just enough description and detail to keep us informed, not bored. your to-the-point writing style suits a story with this much girth regarding how the world works. none of the scenes you gave more attention to, felt like filler; nothing dragged on.
heck, even the character descriptions gave me just enough defining traits to individualize and separate between them all, but still fill in the blanks with whatever i wanted.
Report