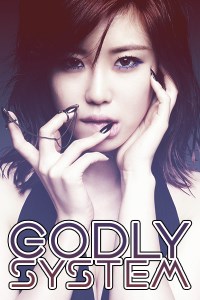 A heartbroken man receives a Godly System amidst his despair. With a new life given to him, he transforms into a new man with newfound passion. His will ignited, burning stronger than ever. This is his journey.

Bonus chapter for any amount of donation. (Stacks with daily release)

No trials and tribulations here

Self inserts and power trips aren't inherently bad. They can actually be pretty fun and intriguing. You know what's not fun or intriguing? A roller coaster that only goes up. You have to go down, twist, turn, corkscrew! Otherwise all you have is a weird, boring escalator that slowly makes its way to the top and just as it reaches the peak... it stops.

For example at the start of the story the MC kills his wife, her affair, and then himself.

His punishment for such a psycho move? Reincarnation to a life where his hot Chinese older sister had sex with him when he was 6 and then he went into a coma. Guilt? Trauma? Personal growth? Those all disappear with a little mind control provided by The System! There's no twists or turns here. It just keeps going up.

Later through the power of awkward groping he gets super strong and grows a big dick.

The villains are thinner than cardboard cutouts of Hitler. They topple easily.

If you do want to make an escalator of punching dudes and sex at least make some interesting sights along the way.

EDIT  I like wish fulfilment when it's not boring. This is kinda boring. I don't mean to "impose my own morality on to this novel." I'm just trying to point out places where it would've been easy to make things dramatic or hell just a little less bland. I would love to read more of the author's work in the future. Sorry if this was too harsh but when you start asking for donations the kiddy gloves come off.

Okay I've been thinking about this story for way too long now but let's see where it goes.

There's no God in your world. At least not in the Abrahamic sense. Murder suicides usually get you sent to hell. Instead it seemed to catch the attention of The System which is the closest thing to god I can imagine in this world. And what does God want? It doesn't seem to want peace, or truth, or the destruction of some foreign entity.

It wants desire and domination. It craves lust.

It makes sense. It gives out tokens through sex or foreplay. The lucky prize converts any negative emotions into raw lust. And our hero the MC was so consumed by his need, his desire, that when his love betrayed him he ended her. He ended her, ended the cheater that was so far below his notice he didn't even get a name. And finally he ended himself. It is that craving that overwhelming need that surpassed every other instinct which caught the attention of a God.

What type of world is that? Where power is given through pleasure and desire?

What does that mean for the girl who wants to be cherished by one, not desired by all?

I always wondered in xianxia or other stories with magic how romance works. Everyone can shapeshift after a certain level so what part of any does appearance play?

So many people are afraid of not being enough. Thats true even here. Even now.

I am writing this review after first update. Since as of now only 10 chapters have been published, I won't be giving a thorough review.

I can't say much about the character as there has been little progression in the story. Same with the plot and all other extras.

What I can talk about is the grammar.

Punctuations are off mark. Sentences are missing the commas, the apostrophes etc. The vocabulary is wrong.

The style of writing is everchanging. It moves from passive to active and back to passive. The tenses are not uniform and constant. Every few lines the present changed into past and then to continuos etc.

I won't talk much about the grammar, but the author really needs an editor or at least a proofreader.

My review might sound harsh, but that's the reality. I don't want to demotivate you and I actually hope you finish this story. But for better ratings and more viewers, you should work on it.

I might edit the review later depending on the situation.

I will start saying English isn't my first language so you can take my score on your grammar however you want and without putting a lot of trust in it since I am not arrogant enough to say that my knowledge and skills  with english are top notch but without a doubt i can say that your story is among the best written on this site.

On a side note, I have waited to read your rewrite until now so that I could read a good stock pile of your chapters. If before the reboot I liked your story...now I love it. You have focused more on details, made the flow of the story more natural and making your plot (outside of the smut/lemony goodness) more solid and I dare say more thought out. Even the introduction of characters (like ran) was made more natural and flawless , in this way giving a less forced feeling to the interactions and the relationships between the important characters (in particular the female ones) and the mc. And I love the way you restructured the relationship between the mc and his sister , making it more solid and spontaneous (but I hope you will soon invert the role between them making the sister the more submissive one and the Mac the dominant one , considering how in his previous life was a powerful tycoon, implying that without a doubt wasn't a meek and mercifully guy, point in case he killed his wife and the man she was going to cheat on him). Now not only  for the good lemons elements , but for the potential of your plotline I really hope you won't ever drop this story because I love it and I consider it among the best on the site and among my most favourite ones. Keep writing because this is an incredible story lol

🤩🤩🤩🤩🤩 Love the book can't wait to see how it continues. Also sorry I really suck at reviews😭

Moreover, no novel, whether literary classic or modernist piece, should be scrutinised by its moral character. What you should be analysing is its consistency. Both the characters and setting should remain consistent in their nature, otherwise the novel would lack any semblance of realism. Everything else is a matter of subjective opinion. Is the romance executed well? Are the characters interactions realistic? All of these are subjective judgements. Whether or not you find depth in a story is dependent on many things-- your own literary knowledge, your personality etc.

Lastly I want to write somewhat of a review. Your novel is good! Good for what it claims to be. The main character is overpowered, the romance is unrealistic, and the setting has enough variability that it remains interesting--this is wish furfillment! I will not go into a full-fledged review because your novel is in its infancy. Though i recommend you continue what your doing, and don't listen to reviews which lack much needed criticism.

this dragon is a fan

Lol yup good start there’s a lot to improve on especially the world building and us coming to understand the relationship of the two so we need some background on both esp the Sister, and the world he is in like is there cultivation or magic or futuristic or is it like present day plus I think you rushed the sexual content a bit but it’s ok it works so far hmm one more thing it’s about the time he spent in hospital it’s strange the he didn’t talk to nurses or doctors in that time, actually you can play it of as either he was so focused on getting out of there that he didn’t think of it or his sister isolated him and did everything for him like nursing him and doctors only checked on him from Time to time

Well everything was fine untill CH 38

Well everything was fine i guess. Mc gets cheated on kills himself dies reincarnates as a dude who bangs his sister ya know just another day on rr but the thing that annoyed/disgusted  me was chapter 38 where the mc basically just r#ped the character Long Zhenyu who was described as a lesbian. Forcing someone who likes another gender to f#ck you knowing they dont like x gender is wrong no matter which way ya flip it.