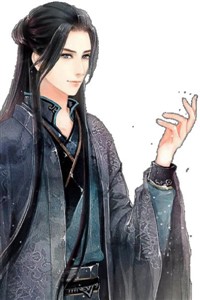 The Sage and the Sword

Every great story begins in tragedy…
A story of true heroes, forged through hardship…
A story of a world thrown in turmoil…
A story of heroes, battling the forces of evil…

However, every great story has a humble beginning.

In the Ancient Times, the world was in turmoil. Only through the efforts of a martial hero, wielding the Flaming Medallion and the Heavenly Sword, was the Dark Lord slain.

Yang Jing, a Mount Kunlun disciple, dies on a mission. However, he finds no rest after death. Reincarnating into the body of Cheng Yuan, a mere mortal, will he recover his martial prowess, or is there a deeper meaning to his reincarnation?

Will he answer the call of a world thrown into turmoil? To follow in the footsteps of those before him, and defeat the Dark Lord once and for all?

(Xianxia/Fantasy story. I do not own the cover art, all rights reserved to the owner. Thanks to Danetello for the synopsis.)

Good, though has room for improvement

Right, this review was done as part of a review swap yadda yadda yadda. It's been so long since I agreed (I apologize for that by the way) that any bias is long gone.

Anyways, I haven't read much xianxia, so I won't be able to do much justice here. The writing was pretty excellent, I haven't found a single typo so far (and I've read up to chapter 10, which is hopefully around 1o,ooo words). The story too, is good, though there are instance where improvement is required, and one I can recall off the top of my head is a sect leader/mentor/powerful cultivator sending his disciples off to retrieve a flaming medallion, that is the only thing that can stop the Demon of Doom if and when he is revived.

The names or titles aren't creative, but that doesn't matter. Moving on, the characters have their driving motivations, but they seem a little shallow to me. But then again, every wuxia/xianxia story I've read so far (Not much) has that as a trait. And I've really enjoyed a couple of those.

One thing that surprised me was having reincarnation in the same world. Ha, I think I've read too many rrl stories.

Oh, and the cultivation aspect isn't exactly all that broad. Not like some other stories I've read, though it would be unfair to compare. You have cultivation levels, inner force, and qi, as usual. In some stories, there are meridians, dantians, and yadda yadda, but yadda yadda. Here, there's swordplay involved (As suggested in the title), not that the specifics are explained.

Oh, and this is a story has a revenge aspect. And a lot of bloodshed. (I recall several scenes where people were stabbed in the head. It isn't really explained, you don't have descriptors like, 'There was a crunching noise as the knife pierced through bone, and then pierced into his brain.' or something, instead, you just have, 'He was stabbed in the head.' Other usually grotesque scenes too are reduced to words like these, so unless you have a very vivid imagination, don't worry about the violence.)

The government is pretty corrupt, the Emperor has a thousand concubines (Note to author: This doesn't have a lot of impact, if that's what you were going for. More like disbelief, rather than horror. If you wanted to drive the point home, I guess writing a disgusting Emperor scene might do the trick. That being said, this is just free advice, so take it or leave it.)

Anyways, you have the main character lose his entire clan, save for one uncle and elder, and they make him swear an oath of revenge. This didn't really feel dark, per se, and that's because we aren't attached to his main character, family, or clan. All we know is that they existed and then stopped because a general wanted power. I guess expanding on the prologue or something beforehand as an introductory to the main character and attachment to family might really drive home the injustices of the government.

This is starting to feel more like critique at this point. And I feel so condescending! (Then again, I always feel like that when I write a review...)

But anyway, the reason I put a 4.5 up there is that though it has these little flaws, I don't think that'll stop people from enjoying the story. I know I did. I mean, just look at the other review.

Was that it? Oh, right, style.

This... category is the only thing that's a little vague to me, but oh well. Written in past tense, third person, more 'tell' than 'show' (Despite many others preaching this is bad, I know a couple of stories that I thoroughly enjoyed with this prospect), and... that's about it.

To ya readers, don't let my review influence you too much, eh? Every review is pretty much bias, and I ain't some all knowing god or something. I've brought up some good points (Hopefully), but judge for yourself. Nice read.

A must read, highly recommended Xianxia

For the love of God, your novel deserved more. I did not understand nor will I understand why your novel has no more followers, reviews nor faves from other readers in RRL.

Seems that xianxia themes are quite hot in RRL, you should be among the top ranked in sort of genres.

Though littered with purple-prose and unneeded description, your take in xianxia is expertly done and crafted. You know your stuffs very well. I had reviwed many other xianxias but none came as close as you in knowing what cultivating actually means.

For that, you got 4.5. Why not 5? Easy, cut of the non-needed descriptions that doesnt served the story; like the Emperor's robe and a few more.

Fast-paced, some fight scenes were good and what I like best was the usage of the context of xianxia within the story. Job well done.

If I never read any xianxia novels before, I would give you a 4.5/5. However, my mind had been poisoned with typical tropes within this genre. A vengeful MC, bullies who bullied others for the sake of bully, wise men who were strong enough but decided he prefer to sit doing nothing while the world burns, women falling in love with MC for no apparent reasons etc.

The beginning of your story was one of the best I had read in RRL for a long time. It fettered off a little later on, but nonetheless since that amazing start, I had high standards for you.

Very good grammar. A little typo here and there and tenses mistakes but overall, it was a very well done.

There were not many characters aside the MC that was made known. I hope more could be done as your supporting cast was a important as the MC. Do them justice alright.

I found out that the Elder Rong was quite a good man and I liked his character. But I wanted to see more. I have high standards for you.

One of the best written and told xianxia story in RRL. Easily an engaging read and the drama grips the readers. The motivations was clear and the MC was not an ass to begin with like other novels tend to go to tropes. All in all, you deserved more views and followers. You deserved it.

Highly recommended to all xianxia lovers.