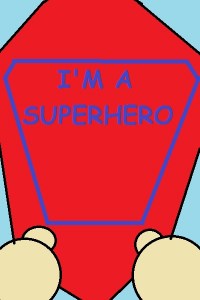 One year ago, a wormhole opened up on one side of the island country. Aliens started swarming the city. However, even before the government could react, a team of superheroes called the Super Hero International Team (S.H.I.T) appeared and took care of the aliens popping out from the wormhole. Nonetheless, without a way to close the wormhole, it stayed opened as the other side of the city prosper under its geographical advantage as a port.

One year on, the government decided that it needed to start its own superheroes unit to combat the need of an unsanctioned superhero team. The sudden appearance of the wormhole and the International Team was suspicious to the state, so they headhunted for a team and provided them with superpowers to put the International Team out of business with the intention to take the city back under their full control.

Follow our main character as he was chosen by his government to be part of the response team against the rising threats as a superhero.

This is my first try on writing a novel. I will try to update weekly with a chapter each time.