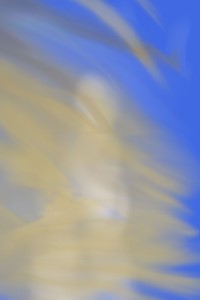 ‘If you can survive the trials of treading a million nails, would you still go?

If you leave and experience the trials further still, would you do so?

If you find yourself being pursued by everyone and everything, chasing you down to the edge of the cliff, would you jump to certain death or fight back and be labeled as a monster?

You can choose whether or not you want to change your life right at this doorstep. If you do say no, then nothing will happen to you.

If you say yes, then your life will change. Succeeding will bring you great power. And if you fail, then you will be enslaved within Oblivion for eternity.

What is your answer?’

Tus heard the ancient voice that sounded like sandpaper as he stared at the altar with the land and sky frozen in motion. The words repeated themselves over and over again, forcing him to answer without the chance of taking it back.

Armed with a borrowed sword and cheap armor that looked like wood, he said aloud without hesitation, “Yes!”

The altar hummed, a green light flickered in the surroundings, and Tus ceased to exist.

It's painful to read but could be potentially good

Frankly the first chapter made me think that i would read about a powerful and charismatic mc but right now 7 chapter in and i only found that the mc is a weak and stupid pussy.

Of course perhaps the author want to take his time in order to make the mc more believable and doesn't want to write about the mc becoming strong off the bat and that , frankly right now is the only reason i continue reading this story

So if you're the kind who like OP or SMART mc i don't think this story willbe for you. Of course if in the future chapter the mc change for the better i will come back and edit my review will asking forgiveness

Like i said if i am wrong i will apologies.  I wasn't wrong. The story is SLOW at least the author made me understand that it was just a sort of warm up before the mc become truly strong