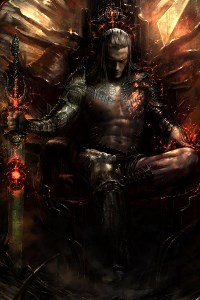 The King of Bastards

He was all alone. He had been for his whole life, even his father had wanted him dead for being a bastard of a king.

Left to rot in a godforsaken orphanage alongside other forgotten children. It was as he found his place amongst them that he was snatched away, his destiny to be that off a political tool's.

Will he be a dog for them, used as they desired or will he become a King for all men, as he became "The King of Bastards"?