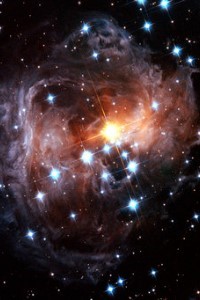 A peak cultivator is betrayed by his sect for being of common birth. The sect decides to not only kill him but transform him into a core, so they can use him for cultivation. But to get full control of all the sects formations, all of his energy has to be banned from the galaxy.

In this manner, the main character is thrown into the rift in the middle of the galaxy. This rift transports him into another galaxy, where his journey to become the core of the most prominent sect begins.

This is my first story, and the release schedule will be spotty in the beginning because I still have to do a lot of world building and thinking where the story should go.

But I decided to put it out into the world to get some feedback so I can see what people think about it and maybe even get some inspiration.

The cover image is not my own. I copied it from the internet. I thought it was cool and it suited the story. All rights reserved for the owner of the image.