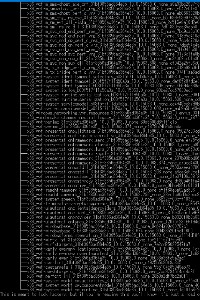 In a future where people still work 9-5 jobs and students wrangle with their unpayable debts, virtual reality has become an everyday activity.

Ryu, a typical teenage boy with not-so unique interests, is unnaturally average, and, unfortunately for him, this extends to the virtual world. However, where some would say “work harder,” Ryu says “work less,” and so he cheats. Or at least he tries.

I rarely leave reviews but I feel compelled to. The story lacks details, like a lot of them. If the main character is described as average and apparently is poor in math and other subjects why is he a master programmer in high school. The author implies that he wrote all the code on his own and unless hes a savant that is extremely unlikely. Since the entire story is built on this concept and 30 chapters in theres no explanation it already falters.

Now author my man I dont want to rip into you. I really think this story has some really good aspects enough that I tried to give it a shot. But you throw reason, rationale, and reality out the window in multiple places. You have a really cool VR concept and i think you really could have developed it more.

Cons: Not Everyones cup of tea.

Edit~ Believe aspects of the story have more potential and with polish could be better.

I will not do any review until this story has reached at least 15 or more chapters, but what I have read so far is pretty interesting and the grammar is above average.

What a cool concept very interesting so far (chapter 15).

A nice new approach in story telling. Frequent chapter releases which contrasts heavily with his more well known work "My Thoughts Exactly". The overall tone of the story is more darker and serious at different points creating an unknown and mysterious atmosphere, which draws in readers wanting more.

For author and readers.

For readers: "This story is a really good (at least for my twisted tastes) and I honestly recomend reading it."

For author of this story: "I love it and I hope you keep up the good job!"

I like the general concept, it separates itself from other fictions on this site. I look toward towards fire development and how the story progresses. Grammar is fine and there aren’t many errors, frequent updates keep me hooked. I hope this story continues.

Funny as hell. I rarely bookmark, and this one got one.

The other type of novel I liked aside from immortal heroes are game elements and those with virtual reality premise.

The story is interesting enough while the grammar is considerable. It's better than most but not perfect.

Characters can be further developed to make them more relatable not unless that's not your intention then that'll also be fine.