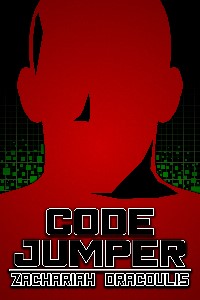 Cigarette smoke played around my nostrils as a gunshot went off somewhere far away from the quaint outdoor café I’d decided to stop at, the customers who sat at the tables surrounding me looking around in the hopes of finding the source.

Not me though, no, I was far more focused on enjoying my cup of coffee, my cigarette, and the crumb cake that had just been brought to me on its perfectly imperfect ceramic plate, the hairline crack that ran through the length of the plate enough to make me question my reality.

“It’s perfect, isn’t it?” I asked my smartphone, which I’d placed next to my plate after my server had left, and watched as everyone else returned to their conversation, “Just… perfect.”

“You’d do well to remember that we’re not supposed to be talking.” the little voice in my head cautioned in its chirpy computerized voice.

“Do you really think that anyone’s gonna care?” I laughed as I took another drag of my cigarette, “It’s not like I’m drawing a lot of attention to myself.”

“Not yet.” the voice said with more anger than I thought it was capable of, “Just be patient.”

“‘Be patient’ she says.” I replied with a huff of amusement, “You do realise that I’ve been down here for hours, right? This is a small country town in the middle of nowhere Quinn, and I’ve already seen the one movie they have at the cinema here twice. Just tell me that I’m gonna be able to do something soon.”

There was a few seconds of delay before Quinn finally chirped “Be patient.”

I was sure Quinn was mocking me, as I was sure she had a hundred times before, but some part of me knew that she wasn’t able to, she was an AI after all.

“Alright then,” I let out with a slightly irritated sigh as I started noticing the odd looks I was getting from some of the other patrons, “see you soon, mom.”

With that, those who’d taken an interest in me turned away, falling for the trick I’d played on hundreds of other people in the past.

There was another gunshot, closer than the last, and the sounds of sirens.

Again, I paid it no mind, taking a sip from my burning coffee and silently cursing as it burned the roof of my mouth.

I put the cup down and snapped my fingers at it angrily, before picking it back up and taking another drink, getting a refreshing mouthful of peppermint iced tea.

“Why would you do something like that?” Quinn asked snippily, “Do you not understand that the authorities will be notified if you continue to make alterations to the code?”

“I am well aware of that fact.” I said, not bothering to hide my smile as I winked at my cigarette and turned it into a pipe.

“Quinn…” I groaned back as I winked my pipe back into a cigarette.

Quinn did not appreciate me mocking her. At least I don’t think she did, she went all quiet after that.

“Good riddance.” I muttered before taking another drink.

The sirens had grown louder, as had the gunfire, and people had taken to standing up and looking down the town’s long main road.

A few more seconds went by and suddenly a black behemoth of a truck came roaring passed the café with what looked like the entire police force on its tail.

“I’ll never understand that.” I said, polishing off the last of my cake and stubbing out what remained of my cigarette on the plate, “Why would people risk respawn for something as juvenile as a car chase?”

“I couldn’t begin to compute an answer to that, but I suggest you think about why you and the rest of the Code Jumpers come into the game when it could mean permanent death.”

“Don’t have to think too hard about it,” I said as re-slicked my short black hair back, “we get paid.”

“Really? Money is the only reason you’re comfortable doing this?”

There were a few seconds of silence that were broken once my phone’s screen lit up with its brilliant blue glow and vibrated.

“Thank God…” I breathed before stuffing my phone in my jean pocket next to my keys, grabbing my brown leather jacket from the back of my chair, and starting toward the small parking complex next to the town’s largest supermarket, “I was about ready to go on a murder spree.”

“You’ve been in there for less than a hundredth of a second, you’re fine.”

I went to start arguing the math with her, but decided that that probably wasn’t a great idea considering she could probably tap into every phone and computer’s calculator in the world if she wanted to.

An explosion down the road caught my attention, causing me to turn as I pulled my jacket on and see that the cops had finally given up on the chase and had gone for the more lethal option of stopping the criminals.

“What kinda cops have rocket launchers?” I laughed before continuing toward the structure, “I mean, seriously, who thought that that was a good idea?”

“Eddie, focus. We’ve got a schedule to keep.”

“Yeah, yeah.” I said with a dismissive sigh, “I don’t get why you’re so snippy, it’s not like anyone’s payin’ any attention to me.”

“How long do you think that’ll keep up if you continue to force inane conversation with me? You said it yourself, the police officers here have powerful weaponry.”

“They haven’t got any reason to use ‘em on me though, do they? Besides, I figured you’d enjoy the conversation, not like you’ve got people lining up to talk to you.”

I ignored the sign that told me to use the footpath provided and walked in using the vehicle entrance and exit, feeling only the slightest bit of embarrassment as I realized it would’ve been faster to stick to the footpath.

“That hurt.” Quinn finally said as I coolly meandered toward the elevator on the other side of the structure that I was sure was large enough to hold every car in the small town.

“Sure it did. Now quit the chatter, I’ve got work to do.”

“Struggling to remember which floor you parked on?” Quinn mocked.

“No,” I lied, “I just don’t wanna walk around a corner and run into someone who’s gonna want to know why I’m talking to myself.”

To my great irritation, Quinn shut up, leaving me to deal with the emptiness of the structure’s rickety elevator all on my lonesome. It allowed me to appreciate the broken aspects of the town again though, which was nice.

Had the elevator always made the sound of cat getting run over, or had hundreds of thousands of pounds stretched out over dozens of years worn the mechanism down?

I pondered that question a while, as well as the one I had about whether anyone chose to be an elevator technician, before the doors finally opened with a disturbingly loud creak, revealing the third floor of the structure that was empty with the exception of my beauty.

American muscle, two doors, V8 engine, painted in a vibrant green with black racing stripes, and, to top it all off, bulletproof tires.

“Never ceases to amaze…” I muttered to myself as I walked over to her, running my hand along the spoiler.

I took out my keys, pushing back the desire to open the trunk with a snap of my fingers for fear that I’d destroy the car, and slid them into the keyhole the wrong way, resulting in an amused breath escaping me as the lock didn’t automatically turn at the sight of key.

A few seconds of appreciation later, I opened the truck, revealing nothing but my tire iron, a few loose AA batteries, and a torch.

“I hate you so much…” I mumbled as my eye started to twitch, which quickly stopped as I started to marvel at the fact that my eye could twitch, “Seriously, what was the point of the upgrade if you’re just gonna be all salty and shit?”

“You paid for an intelligence upgrade, not a subservience upgrade.” Quinn said as sassily as she possibly could, “Now, what was your problem?”

“Well, you said you wanted to sto-”

“I will make you a corporeal form, get a knife, and start cuttin’ at you until the cops show up and peel me away from you.”

An uncomfortable silence filled the air after that, Quinn clearly not being used to the slightly graphic nature I took on when I was pushed to my limit. How could she have been? The upgrade had been applied two days ago, and it hadn’t really kicked in until the test run I’d gone through the next day.

I did as I was told, and when I opened the trunk again I was happy to see four bags; two small backpacks, a slightly larger backpack, and a satchel, each with yellow post-it notes with times and addresses crudely written on them.

After a moment of panic, I breathed a sigh of relief as I shifted the larger backpack and saw the shoebox-sized metal container labelled ‘FREEDOM’.

“There enough Freedom for me?” I asked hesitantly, the guilt for having snapped at Quinn already starting to set in.

“I made sure that there were three doses in there for you.”

“22 if you count your last dose, and stranger things have happened. You should hurry, your first meetup’s in fifteen minutes. I’ve uploaded the address to your GPS.”

I knew she was hurt, in what way she could be anyway, and I also knew that I’d have to change up the way I conducted myself with her considering her newfound emotions and intelligence.

In those few seconds of contemplation, I took a moment to look at my reflection in the tinted rear windshield.

My dark skin lacked a few of the subtle details I’d become used to over my life, things like the soft wrinkles across my forehead and the frown lines that I’d grown to love over the years, but my messily crew cut brown hair was perfect, and that was enough for me.

I let out an exaggerated sigh and rolled my eyes, “I’m goin’, I’m goin’. You would think that you’d have gotten used to my tardiness by now.”

“You would think that, but you would be wrong.”

I gave her a little laugh and got in the car, “You know what,” I said as I turned the key in the ignition, the hearty thrum of the beastly engine coming to life sending a happy tingle through my body, “I think today’s gonna be a good day.”

“Aren’t all days in Re.Gen good?” Quinn asked, impressing me further with her ability to use conversational abbreviations.

“Yeah,” I said, taking my last moment before I went into work mode to appreciate the awe-inspiring digital world of Re.Generation, “yeah, I s’pose you’re right.”