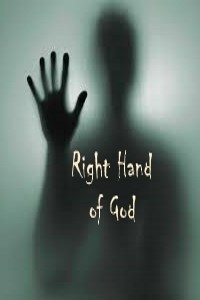 Man with the Authority

Ghosts, demons, and all things that go bump in the night crawl the Earth. Rarely, some people are born with the ability to see the supernatural no matter what form it takes to conceal itself, including invisibility. Even more rarely, some people are also born with the ability to exorcise any supernatural entity. This ability always manifests in the right hand and arm, and so in some circles it has come to be called the Right Hand of God. Jacob Davidson, a black seventeen-year-old living in Normal, Ohio, has been secretly fighting and exorcising ghosts all his life using this power. One night, however, a seemingly average job takes an unexpected turn when Jacob meets the sarcastic, suave, and ironically named Agent Mann, a revenant who hunts other supernatural creatures, and has his first encounter with the denizens of Hell itself. Now Jacob and Agent Mann must team up to stop all Hell from literally raising. But with the mysterious power known as the Left Hand of Lucifer also rising in Normal, Ohio, do they have any chance of success?

Man with the Authority