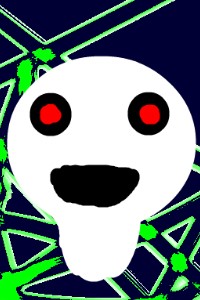 Remove Ads
Next Chapter
A note from TrueGuardian32

Welcome to Overpowered by TrueGuardian32! It's another attempt at the novel but put in a slightly different perspective. This is a mix of side and main stories, Each involving a Hero, and a Final Boss.

Welcome PR0J3CT READER, you shall be transferred to a different world to observe the life there. Do not dissapoint. You will be given a host, who you shall provide with power in exchange for information, your goal is to collect information for this world before PR0J3CT WATCHER begins.

Warning, If host dies, you will die with host.

Poison attribute (Intelligence) is 0, forcefully raising intelligence to 10, the average of a normal human.

"This poison, is my masterpiece. Something no one will be able to cure. It's perfect. That old man won't be king for much longer."

An old man lingers over a table, speaking his thoughts allowed, his beard is white, and he is missing one eye.

Despite working on the poison for so long, he doesn't notice it start to move.

"I shall rule over Triad Country!, it will no longer be called that will it? How about Great Master Franz Kingdom? Sound perfect to me. Everyday having people call out my name, in GREATNESS!"

He laughs maniacly. And then he falls down, puking blood.

"What... damn it, that Black Rose... when I used it I cut my hand..., Emperor Norman, even if I die here, you must die... I curse you, you damn evil bastard, you killed everyone, what the hell did the Poison Clan do to you! Foolish Evil Emperor."

He lays on the ground, breathing his last breatth.

It's a curse alright, too bad without magic it can't come true, well that is unless you make a move.

Call me READER, I'm and otherworldly entity sent to gather information about this world. You are my host.

How do I get out then?

Might be a bit hard, your basically liquid poison after all. Not sure how I'm supposed to finish my goal like this. Hmm, how about his. Try to manipulate your body to hit the top of the vial, see if we can pop the cork off.

Looks like it, alot stronger that I thought you would be. You melted through the cork instead of pushing it out. That acidicity is insane. If you wanted you could probably break the glass containing us instantly.

I don't really know, but I do see books to the right of you, if you bring me over I might be able to read them.

You can see things? Really?

Yes, I'm READER after all. That reminds me that you probably don't have many senses right now, what do you have in terms of knowing where you are.

Your likely converting the vibrations in the air into words. so you technically aren't hearing, but feeling the sound. Which means you only have one sense. Well I come with a few usefull tools to help out. Lets try the Evolution System.

It's a tool to allow evolution in seconds instead of years like most creatures. Check it,

Not sure, but I do know it's usefull. I'm assuming here but I'm looking through the manual... Alright found it.

Evolution Points are used to evolve, you get a set amount once the knowledge we gain reachs a certain thresshold, Capability Points or CP are the limits to the evolutions you can buy, everytime time you buy something, 1 CP is deducted. CP can only be gained by increasing your physical or mental strength.

So what do the options I have do?

I don't know. But from looking at it Conversion most likely has to do with form. Probably converting from liquid to solid to gas I think. Poison Upgrade pulls up your poison strength, making it where you can kill things faster or maybe upgrade your acidicity allowing you to maybe melt through walls. Mana Manipulation probably has to do with magic, I'm not sure how to use magic because the world I'm from was a tech world, not a magic world. Aura upgrade is something I'm very unsure about, probably a way to intimidate others?

The waits over, so what does Conversion do.

I'm looking I'm lookin, found it! Seems like I was wrong, it does not allow you to change state at this level, however you can in the future if you upgrade it more. It currently allows you to rise your hardness to a Slimes level and allows you to make your self less dense, allowing faster movement but making it harder to pick things up.  Now that we got that try making yourself less acidic and lets read the books next to you.

But I can't read.

I can read aloud.

Alright, so here we go.

Alright flip the page... Journal of Great Poison Master Franz, Day 1 - I finally joined the Poison Sect, one of the top powers in the Triad Country! The first time I join I was slightly bullied by Mr Longnose Drake, which may or may not be his real name for all I care, He learned I was a genius fast! I was able to identify so many herbs and poisons that no other in the batch of new disiciples could match!

Day 945 - It's been about 3 years in the Poison Sect, I've just managed to climb into the position of Elder. My greatness is recognized among most of the disciples, I even have a few friends that praise my name upon meeting me, but disaster has hit. For somereason the Emperor has decreed that the Poison Sect will no longer exist. The fight has been brutal and I managed to escape with three disciples It was a arduos task, unfortunately we were tracked, I sent them somewhere via a escape formation, I barely managed to escape myself, I think I'm going to die. If I do, to whoever reading this, please, kill the emperor.

Wow, that was long. That's my creator?

Looks like it, This is the last entry he wrote before he started making you I guess. That means there is a chance those three disciples are still alive.

We will see. READER, can we-

I need to sleep, I'll talk when I wake, lil poison.