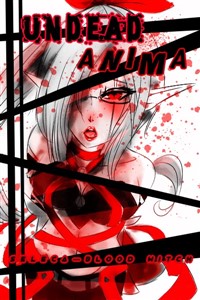 Playing gachapon, she won a ticket to travel to another world, but due to an accident, she reincarnated instead. Reincarnated as an undead princess and also to fallen clan, she needs knowledge from her past and also the power she currently has in order to her clan to prosper again.

Good, but still needs to improve.

The story is good, it's unique in the way that its an undead girl, instead of a harem boy. Anyway, I stopped reading at chapter 3, I know it's really early but... the grammar... its just... bad... You're probably not a native english speaker, but I suggest you get an editor. It would have been a good read but the grammar lets me down.

Next, the character... well since I actually stopped at ch. 3, I couldn't really judge that much, but from what i've read she isn't fleshed out yet, and I can't seem to relate to her.

Next... the usage of 'hime-sama' or other japanese stuff and suffixes doesn't really suit well with me. Especially if your not actually japanese and you just want the vibe of japanese light novels or anime. But if you prefer using those, then you do you, I don't have the right to judge.

Therefore, I could only rate you at 3 stars. If the grammar actually improved in the later chapters, I suggest you edit the previous and first chapters as well.

Congratulations for this awesome novel

I love the idea! My biggest issue is perhaps the grammar and some of the flow of the story. That said I'm excited to see how it'll come along.