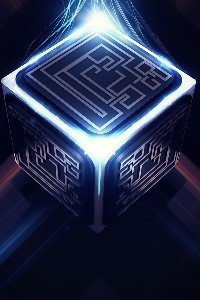 Growing up an immense castle, Alfred has everything he wanted.Brand new cars, private jet, expensive and branded clothes, one can say that he was living in paradise. Despite owning all of that luxurious stuff, he felt miserable and lifeless because everything was given to him by his parents ever since he was a kid. He had no goals and had a general disinterest in life. The only times he felt alive was when he was playing Virtual reality games and building powerful legendary empires from scratch in the games which gave him a sense of accomplishment.

Follow Alfred as he was reborn and grown up parentless into a strange barbaric world where magical Beasts rule the mountains, Giants possessing unimaginable raw power, Demons leaving a swath of destruction in the path, humans fighting for survival. It is the world where the strong feast on the weak. There was, however, a gaming system dwelling inside of his body that will accompany him through his countless trials and tribulations while leaving nothing but legends in his wake.

Obviously I don't own this picture. If the owner want it to be removed just let me know and I'll do it immediately.

Also , I am not a native English speaker so don't expect a perfect grammar. I've only learned English about 5 years ago , please bear with my bad grammar.

This is a good review...promise ;)

Story started great with a kids who's parents were killed and then he wanted revenge. For that he needed to grow stronger and yatatata the same cliche that you were doing and then your own thing to give it some spice.

That there should have been your story.

Now what I mean with spice is not make your story so utterly shitty that I had to give up in it. Adding a random fucking GALACTIC TOURNAMENT TO SEE WHO WILL RULE THE UNIVERSE? What were you smoking dude? I came here and got some good ass bacon and now you just spasm or some shit and give me this...fuck...what is this shit? Sure as hell ain't the bacon I was eating.

Now to anoooother terrible thing you did :) (I don't like where my mc is going with his personality so I'm gonna give him all of the memories of his past self's and give him a 180° turn to being a cold hearted arrogant asshole that believes he has no match) Did I get that right? Sure as hell think I did.

Now if I haven't drove you away yet from how shitty this story will turn out to be unless it gets a rewrite then you will probably like it...till the author gets another one of his spasms and add multiple personality disorder to the mix to write even less.

I like the idea, but could not get past the first 5 chapters due to two of my big pet peeves: stories in present tense (it's possible that this was dropped along the way) and very long paragraphs (the latter only when I am reading on my computer).

You have a good idea and I wish you the best of luck!

I kind of like it, it's pretty good stuff. "grown up parentless"... that's kind of misleading. It was what I was hoping for, but not what I recieved. No adventures of a wandering op infant on the side of a monster infested mountain. That was what I was lead to believe, and this was... parents coddling and giving their demon possessed baby anything he wants, in their castle protected from the evils of the outside world. Power given and not earned. That I cannot abide.

Always loved the idea of cultivation with game aspects but there are so few of these stories and most of them get dropped, really looking forward to how this plays out. Good start so it looks very promising, very few grammar errors so easy to read and the story flows well. 🤣🤣

I'm loving this story.
So far there is nothing in history that can be labeled as wrong or boring.
Read this fiction, it will be worth your time.

and for grammar the hell who cares

Well This Novel Have The Same Premise With The AI In The Martial World.. Which I Find Quite Good So Keep Up The Good Work Cheers!

This one looks promising somehow. I'm looking forward to the progress of the story since it's too early to give a definite review but I'm kinda excited to the possiblities that this one might hold. At least, I hope that this one won't be suddenly dropped.