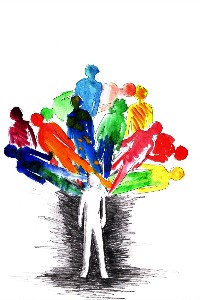 Chapter 1b a man and his wolf

Remove Ads
Previous Chapter
Next Chapter
A note from tidewater

Where the heck am I?

..( the wolf become submissive when let go, even tucking her tail, avoiding eye contact,with ears flat to her head)....

( gives the wolf back bite, rip, and claw)

..( he sees as the wolves teeth and claws return to normal)

... If I'm going to be a hero, i'll need as many as advanteges as I can get,... You think you can bring me some live animals, girl?

( the wolf nods in agreement, then runs off to hunt)

But I guess you can't take down a bear or something bigger alone..... Alive........ So I guess we'll have to work together on that front.