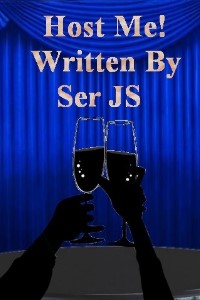 Son of the night

This is the story of Yuuto, who upon turning 18 was unceremoniously thrust out into the world head first. He encounters misfortune and somehow ends up working as a host in Shinjuku to pay off his massive debt.

Son of the night

Sadly I am a bad reviewer and abysmal author ^^

I am probably the worst person to write a review so don't expect anything from now on.

Before I start, be advised that I am not the best in grammar and just rate in regards to the things I, as a non-native speaker, notice here.

The scores may seem over exaggerated but they are based on my own standards.

After this amazing disclaimer, we now start with the review.

Important for a novel are several aspects. These aspects can be summarised into style, story, grammar and character (execution). I think all of them are equally important and thus my overall score is the average rounded up or down.

Let's begin with the style and use my style as the style I would describe as slightly under average.

I think that the style here is better than mine which is not a hard challenge to overcome... Yet I've read a bunch of novels on this site and think that it is better than most of them here. Let's leave the top stories out, alright?

The style is easy to read and not overly complex. The novel plays in Japans and therefore there are Japanese names and so on. So everyone who does not like that, stay away. Yet it is nice that the style and geographic location are related. Thus I rate it with four stars.

The next point is the story. The story here looks like a slice of life which is pretty unique, at least on this site, and now the execution matters. I won't spoiler but it is a story where bad luck and naiveness are the driving force to set the ball rolling. Yet a slice of life story with no side plots is a bad attempt to show life.

Thus I strongly advise the author to add some side plots with side characters.

My few ideas are that the MC probably had friends. Maybe one of them is a police officer now and tries to jail the Yakuza. I am not a crime expert but they are the mafia so depending on how fluffy the story is going to be that will end up pretty badly or turn into totally fluffy ending with a party between the police and Yakuza.

Another friend could be a foreigner who visits Japan and ends up in the hostel(?). That could be pretty funny if I think about it.

So far I rate the story with four stars, edit: 4.5 since it is a short story and putting too many plots into it would serve no purpose.

The characters in a novel are the tool to execute the story. So far the MC seems like a well thought through character. He is a little bit too naive but no idea how Japanese people are.

The side characters are "Ok". My advice to the author is to add a little bit depth to them. Even if some chars are intended to be generic stereotypes, a unique quirk could add variety. If we compare characters to geography they are a small hill while the mc is a normal mountain (No idea why I compare humans to geography, blame my brain). My score for that is three point five stars.

Blame the author and the fact that good old British empire ended up dying because that leads to the fact that English is the second or third language for the majority of people in this world. That can be seen in the grammar.

Or the author simply writes too fast, don't ask me I am not the best for that.

Some sentences are weird in regards to sentence structure. I did not focus on any other things and otherwise saw not that many mistakes glaring mistakes. I am not all to sure about narrative tense and so on.

There are a few punctuation errors in dialogues and the author should probably read something about dialogues in the English language. Google can help you there.

Lastly, there are some missing or misused words. Yet, in general, the story is readable which can't be said about some stories on this site. My rating here is four stars.

In the end, I recommend the story for young adults since the characters are obviously adults and the story will resonate better with them. Another target group of readers are readers who are sick of the "OP MC doing stuff in another world and ending up with a harem that is half of the world's population"- stories.

So far it is a good story and has a somewhat fairly solid foundation.

The overall rating, in the end, is, therefore, four stars.

This is my opinion.

This novel is awesome, i like the main character and the story really grabbed me.

The story isn't really new because i have read a lot of japanese novels. But this story however gave me something that the others didnt yet.

The grammar its good, i didn't have any problem reading it. However i see the paragraphs too long but i wont rate that.

The characters for me are really great and well made, mean the author has a clear idea of what he is doing.

I recommend this if you like Japan and their japanese characters.