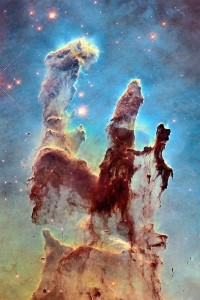 After sacrificing himself to avert the collapse of his world, Sheng Jiansui, the Quintessence Sword Saint thought that his soul would crumble away, his memory lost to the void. Unexpectedly, he is reborn to a new world as Heifeng Jiansui, a Prince of the Black Phoenix Empire ruling over a Great World!

"In my previous life, I rose to the apex of the Sword Dao! In this life, my Dao shall encompass all there in the World!"

fairly entertaining at the beginning...

however you went number1underheaven and turned girls into raving sex maniacs that lusted after an 8yr old boy.

the suspension of disbelief at a one year old forging and stuff was fine- the mc can be fantastic. however, when women started to act like sex starved nymphos- you dumbed down what could have been an ok series.

I am writing this as of Chapter 51, eapecially as in regards to the poll on said chapter.

Asking me to choose between plot or character is akin to asking me to choose blinking or breathing. The characters drive the plot, and the plot matures the characters. You can't choose one in favor over the other. The scores I gave you for Story and Characters are a little unjustified to be honest; because individually your characters are fairly well fleshed out, and the plot is suitably interesting. Its just that though, they only work individually; it feels like you have your characters leashed, dragging them towards where you want the plot to go like a disobedient puppy.

Each character should have their own individuality, some quirks, strengths, weaknesses, habits, mood, etc. They are what drive the story, and in turn the story develops the character. You don't have to worry about explaining to us the characters every quirk right away, let the story do so. You do however have to understand the character yourself, so you can see where (s)he wants to go.

An example would be two men meeting with a dying old senior at his deathbed. One of the men is arrogant and haughty, sees the senior as nothing more than a old man who failed to so anything of import, and gains nothing. The other is more mild mannered and patiently listens to whatever the kind senior would have to say, whether that be his lamentations, life story, last wishes, or anything really. The senior would look more favourably on the mild mannered man and maybe guide him a little, or even give him a consummate technique. While even if the old man tried to guide the arrogant man, he probably wouldn't even deign to listen.

Every character has their strengths, however. For another example lets put those same two men into a sect where competition is the only way up and factions are the way to power. The arrogant one would probably gain quite a following with his air of grandeur about him. He might even create a major faction eventually, while the mild mannered one might meet a few close friends or sworn brothers, but would never be at the helm of any sort of major power.

We as the readers, however, do not need to be explicitly told, 'The man was rather haughty' or 'The man was fairly mild mannered.' The story its self should do that, with the actions of the characters. I can tell the man is haughty when he doesn't listens to the senior's guidance, for example. You as the author, on the other hand, very much need to know all the characters ins and outs, so as to let the charcters  express themselves more freely.

It's like you have this grand plotline all figured out, but you don't have enough framwork to get it done. So you are rushing and trying to get as many of the characters and setting introduced as soon as possible. Every chapter feels like a gameshow called 'Guess the new girl' where the prize is a new girl. Take your time, slow down, and just let the characters go where they will. Guide them gently, but take off the leashes.

tl;dr All in all, the characters are interesting, and the plot is fun; but everything is too rushed. You have the characters by the leash, rushing and dragging them along in the name of 'plot', forgetting that they are the plot.

Story is pretty decent, characters are okay, no problem with grammar.

There is only one flaw with the story - 80% of text are cultivation mumbo-jumbo gibberish. Author makes the shit up as he goes. Skip it, and story becomes readable.

The story is written well so far and its style is consistent and pleasant to read. There are few grammatical mistakes and nothing that stood out to me/broke immersion while reading.

The story is quite interesting, although the story has not expanded in detail to the world he is in we get a good overview of the entire chaosworld, the dao/path of cultivation. A strong start.

I have read quite a bit of xianxia and this feels fresh to me, and while the same old reincarnation tropes are there it is done well and does not detract from the story.

It is a bit too early to really speak about the characters. The MC is, if you include the time his soul spent meditating on the dao, over a million years old, so I believe we will not see too many changes in his characterization, but rather come to see who his character really is as the story progresses. Several side characters have been introduced so far and they have plenty of room to grow.

Overall i would recommend this story, and am looking forward to more of our supreme reincarnator.

This novel reads like a bad translation of a poorly written xianxia novel.

I do understand that the author was inspired by several Chinese xianxia when he wrote this, but it seems like the author doesn't understand any of the terms he copied beyond 'This sounds cool'. Personally, this fiction feels like a cheap fake of the webnovels it was inspired by.

For the record, I did read till ch.75 before dropping it. I was hoping for some improvement from the author, which sadly never came.

I want you to write guide to this story my english is not top notch but i understand like 90% stories i read, but with all this (Dao WTF) cultivation, spirit, battle spirit, sword technique, blodline, karma, elements, auxiliary art, smithing, forging, refining and many other shit where all of this have 1-10 ranks and these ranks have own name and this 1-10 ranks have subranks 1-4 and own name I DONT EVEN KNOW WHAT IM READING ANYMORE.

This fiction had a lot of potential and interesting prologue, but some things have lowered my opinion about it. I have read it up to date, so prologue and 90 chapters. This "review" has some spoilers so read at your own risk.

Setting of the story is really interesting, even though many things may seem to be too much inspired by some of the chinese novels, it's still enjoyable. I don't have any problem with harem, incest or many other things, but lusting over 8 year old kid seems a bit off to me.
To be honest, all the sped-up maturing seems forced, and I felt like it was added to the story only for the fight of the siblings so they would not fight as kids for the throne as it would seem ridiculous, and it still was. All the emotions of the characters seem weird, I can't feel any sympathy or hate towards them.

Next big thing was for me how the MC acts and how his strength progresses over couple years. He sacrifices his life and cultivation to save his world, yet it doesn't make sense from his character, he slaughtered many sects and faimilies for manuscripts and bloodlines.
I felt that he did it to only gain strength, he created sect, but only because of his master, author said that he feels something for Perpetual Emperors and the spirit of his chaosworld, he tried to show it, but it was lacking, the only good scene which shows his feelings was when after he played on an instrument he felt nostalgic about his mortal family, but that's it. MC was supposed to be horny dog that follows his desires and had many one-night stands, but it feels like he feels no attraction towards females, the only time he showed something was when the girl from the girl sect took him to his bedroom, but it ended with her being reincarnated Chaos Sovereign so nothing... He feels like a puppet with a bit of a child, he can feel nostalgic, when he comes back to his sect, the first thing he feels is anger, because the only disciples that survived weren't the ones he wanted, stupid.

MC was overpowered from the beginning, I had no problem with it, even if it was a slice of life story it would be interesting if written well, but he met a being that was supposed to die when he sacrificed himself at the location that he wanted to protect, just what?
Then he fights with her, she has the strength of the mortal, yet she somehow could completely change his fate and made him into a slaughterer of gods and demons that has to attack her world in 3 million years because yes, and she will then kill him and be a hero. Then we find about other world and how many strong beings there are, the readers are showed how overpowered main character is, then how weak, then again how op when he cultivates his avatar to apex of cultivation without faith in a week.

This novel has potential, but many things would have to be changed, at least in my opinion, because I questioned if I should read it too many times.

the author is way too neurotic

read it till chapter 80. enjoyed the first 20-40 chaps, the author has no focus or direction, and the insane polls get on my nerves

Was passable then become shit due to poor planning. Spoilers below.

It was okay until the entire "she was killed but not really/somehow survived" shit happened. Like really?

1. Why was she able to force anything onto him? Isn't he supposed to be this completely overpowered protagonist with knowledge about everything and, at the time, had insights into karma/fate? He totally should have been able to throw that shit away.

2. Also wasn't she a dragon? Where did her other inheritance come from? Why did she reincarnate? It might be explained and stuff, but the real point comes down to, wasn't she killed?

3. I mean didn't Nineorigin have control over the path to reincarnation which is why the protagonist was able to be revived/reincarnated? I can believe she was able to eek out of Nineorigin's notice and somehow revive, but not only that, she also gets this insanely powerful origin and shit? Just no.