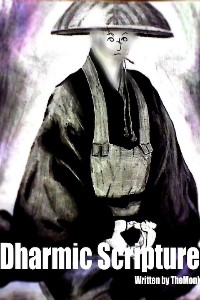 The monk has awoken from his meditation in his secret chamber used to evacuate the important monks from his sect. However, unbeknownst to him, the world has experienced an ending, befitting of its selfish greed and lust.

Can the monk resurrect his sect from its demise?

Or will the mana upheaval and its chaos bring to him the destiny he so hates?

Too early to tell

Its been only four chapters but as far as I can tell, its "good", but thats comparing to some terrible novels in this platform so its really not a solid 4 star, but wanted to give it so it could be some form of encouragement for the author.

The grammar is 4/5, I see mistakes here and there but no glaring mistakes that disrupts the immersion

what brought it down is the cliche of the americans being americans, like testing drugs on humans and shit. I felt like there could have been better villain...wait I don't even know if the author is trying to make them the villain, because there is actually a good development going on.