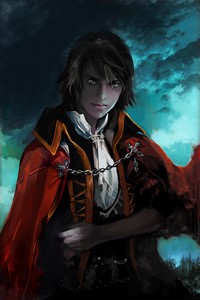 (DO NOT EXPECT A GOOD STORY, OR ANYTHING LIKE THAT SINCE THIS IS SIMPLY MADE WITH MY FREE TIME WHEN I HAVE NOTHING ELSE TO DO!)

Follow Jhonny as he starts his new life in freedom Online.

An adventure full of Fun and Random stuff!

Better, but not good.

Found the author's other story "Other World User Of The [system]" before this one; a fiction that I could only call lacking, at best. So after seeing an announcement for a new story of his, I switched over to look if it was any better. Well, it is, in a sense. This one is at least readable, but it is still a long stretch from being a good story, or even "overall - gud" like another reviewer here put it so bluntly in his 5 Star (!) Review.

The grammar here is no more than passable, as in, it is readable, but not enjoyable to read. Descriptions are clunky and sparse, character dialogue isn't that great either and sometimes even feels alien; or let me put it differently, just plain weird. I especially dislike putting the name e.g. "Hello." (Jhonny) behind each line of dialogue. How about just saying "What is going on?", he asked. or even just not putting any name or pronoun there at all. For example: "What is going on here?" "I don't know." The reader can probably figure out who's speaking himself just from how the whole conversation is going.

Thanks to the lacking descriptions and an overall fast pace, the story seems to literally rush past by. The whole story appears to be set on the autobahn, at least on the sections without speed limit.

I give it 3 stars overall; so just turn that around and it's an E for Effort. If the author would stop posting so many short, unpolished chapters and would instead really concentrate on every single one of his releases individually and proofread them carefully, it'd help this fiction a ton! Plus, if he would add more details and descriptions of what is even going on, this fiction could become a good story.

You can do better so why don't you?

So I read the first story and when I found the author was writing a second I was excited, because his first story he has the skeleton of a great story but he was to lazy to polish it. So I expected him to take the criticism from the first and make the 2nd amazing.... I was disappointed to the point I wanted to cry, yes this story is BETTER and yes it is GOOD but it is not the full potential that I believe the author has, and the only reason I can think that is because the author tries to speed through, and u end up getting what all are parents warned us about "stop trying to speed through your chores because it just makes u do a half-assed job"

Grammer- below average for sentence framing, flow, description, and vocab.    Charecter- They are like robots, no emotion

Style- He uses a mix of first and third person. While not bad it messes with the flow.   Story-Good plot and setting.