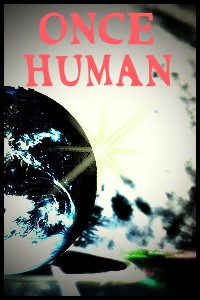 Kidnapped, infused with an unknown substance and given an orientation on survival statistics and adaptive evolution from a disembodied voice isn't the best way to wake up after a night of drinking. Finding out your dangling in a metal box above, what appears to be, an alien planet that is to be your new home only makes things worse.

With no answers, a plethora of mental health issues, that might just give him an edge if they don't get him killed first, and a strong aversion to being told what to do, a hapless human is deposited onto the Planet Evo with a single mission. Survive.

Fiction will contain strong language, gore, sexual content and scenes/concepts that may be traumatising. Read at your own risk.

It's pretty good. The story is rather intersting. I like the evolutions, and how it can go randomly, since it's kind of easily influenced. I also like the savage part of the MC. Also, he has some screws loose, but that adds some charm.

Now for the bad stuff: there are some grammar mistakes - though it's above average for RRL. Also, as someone before me said, the MC often has an internal monologue about random stuff. However, it seems to be a character trait, so I can't say it's a completely bad thing if the author intended it to be that way.

The story's name is Once Human. Considering quite alot of time the start, He's still human, if your upset by these chapters, your not gonna reach the point he stops being human, I'm only now making this review now, cos we've reached said point, in the most Recent chapter -Who I Am- He's basically stopped being human, and I've got to say while some of the MC's monologues go on and on abit too much at times, its kinda what you'd want with someone who thinks so much.

I like it, a nice change in pace comapred to the normally sane MCs i normally read about. I can't wait to see where this goes. (written at chapter 8)

This story has a really sweet concept. The beggining of it is rather epic.

Unfortunately, there's so much inner dialog going on in the MC's head, even during what should be a minute long fight for survival but instead takes more than a chapter, that I had to rage quit after chapter 6.

own head, yes the writer does have some trouble with that early on in the book

characters and POV's. Without giving any major spoilers the mc starts having

department. Its also when the story really starts picking up in pace and there are

major changes to the mc mentally and physically.

Why did you have to turn the MC into a douche

Was amazingly good until the author ducked it up. I think it's in the 20ish chapter, that the MC has a sudden personality change and decided to become a scumbag who wantonly kills people for no fucking reason. And I wouldn't be mad about this if the author layed out a logicall reason why his personality all of a sudden changes from an easy going loner to a blood thirsty monster, but he doesnt.

I loved this novel until this moment. I'm trying with the hardest of my abilities not to insult the author personally for ruining a good novel, just please explain to me why?

Why did the MC's Morales change from kill only when threatened to kill for fun.

Why did you have to make the MC a douche man? Why?

Any ways i hope you luck and for what it's worth I truly loved your novel till this point.

Please tell me ur coming back. I've been reading this story from the start and love it!!! It's my favorite story and I really want to know what is going to happen next. I check it every other day for updates. Anyway thanks for the story and hope u come back. Til then I'll just reread it.

I’ll admit it, this book can sometimes be hard to read but if you just concentrate and persevere you will find on of my favourite books on RRL

I just throughtly enjoying this story.

I could write an massive Review, but I just want to compact it down a bit.

The Story was pretty, good. I like the Setting, mental instability and the details he is putting in it.

I am really looking forward what will happen with this Novel, but upuntil now.

Thank You Skada for another intreguing Novel.

Awesome book so far keep up the excellent work