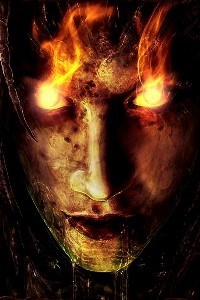 This fic has been rewritten and improved, go to the rewritten version!

Good story so far.  I especially like the characterization of Three and his fellow test subjects.

Something to read in between everything else

Written as of chapter 37

Interesting story but feels a bit dull or flat -- hard for me to describe but I'll try.

Style is pretty standard no unique flair or weird structure or anything. The author shows more than he tells -- thank god. There is nothing difficult about reading this story.

Grammar is alright a clunky sentence here or rather far over there, no jarring misspellings or anything like that. The author at the very least can write at a functioning level, I dont need to do mental gymnastics yo understand him, what I mean is I've written worse things in college.

When it comes to the story and character scores it's really subjective to the reader some people love it, some hate it and other will tolerate it, personally I'm more in the 3rd category. Also the part of the review will be kinda spoilery.

The setting is rather cliche high fantasy world with heavy rpg elements [at least there are no blue boxes] and a bit of Sens8 mixed in for good measure.

The story has a lot of things going for it, a horribly tragic backstory but then it doesn't even matter as in its just a convenient way to explain why the MC's are rather op. Honestly the years of torture seem about as important as stubbing your toe on a bookcase sometime last week, if you mention it some people sympathize but nobody really cares.

In more of a positive light though the author has a clever way of having one main viewpoint but 8ish MC's so kudos to the white room.

Theres a lot of convenience in this novel, Guard captain completely abandoning any form of investigation when teenagers who have been tortured for years show up based on a guess that it might be officially sanctioned.

A necromancer who has been terrorising a local town ends up being accepted in said town mostly because an old man lost a daughter or a granddaughter [both terms were used]. Also the necromancer happens to be another escaped test subject.

Honestly sometimes the non MC's seem so open minded its weird they consider toture to be bad -- the researchers could just say "Oh its a perk that compels me to torture children so they will become stronger." and everyone else will just say "oh okay, carry on then."

Truth be told if this was a D&D campaign I'd complain that its been railroaded.

Its a story to read because you are waiting on other stories to be updated and its a way to kill time, It's no where near as good as Fel's "Sennedar" or Robert Jordan's "Wheel of Time" but its definitely better than my childhood ninja fanfics.

I have read a number of LitRPG stories and this is one of the easier ones to read. The premise is intriguing and the story doesn't bog down too much in the early going.

If there is one constant complaint, it is the niggling grammar and spelling errors, they are distracting, but not overly detrimental. Other than that, some of the characters are not well defined yet, but that may be more a function of length than anything else.

Read until chapter 4, and I will keep my explanation short.

So far the story have successfully built a very strong background and introduction to it's characters. I can only hope that it keeps it that way. I am now looking forward to see how the author will showcase the outside world.

Ps. A character sheet over the eight people would be nice :)

Well let's get this review started.

The fact that you have 8 MCs is in itself not bad BUT you really lose the feel for all the characters except Three because they simply don't have enough exposure in the novel.

This leads to the general Story and World. The world itself is nice and well described. The story on the other hand feels really artificial, like everything that happens, happens at the authors convenience.

The style is fine, although nothing especially stunning. The grammar is fine and you can read it easily but i think i read a few mistakes here and there.

So to sum it up it's an average story that has some issues but  hopefully will solve some of them. I recommend rethinking the start of the novel.

The part up to their escape is fine but after that the story starts to lose focus.

P.S.: What really rubs me the wrong way on this site is that almost nobody rates properly on this site, the least reviews have proper scoring most just automatically give 5 stars despite clear issue in the novels.

It was a good start for the story but it was a major letdown that the author has dropped this story because two people had put a 0.5 star on this story. It is like all the other people that put a five star don't even count.

The story is good in itself. I didn't like the prologue and it should be remade, but the rest of the story makeup for this. The interaction between personnage is well done. The author is new and is very ambitious with the pov but it was still less interesting than the main story and the pov didn't add to the main story like game of throne do so well.

The game mechanic were new with nice skill but could do some work as it make no sense that a parent give their child the right to put their point were they want when were they put their point could change their future and stats were not put in use(You could have made the same story witout stats and it would not be a big change).

Generally better than most

Good story, well written, has some slight errors but they are few and far between. it's a good book to read truthfully, the author has talent keeping things together, while also being able to make you feel more invested in characters as time goes on, the only suggestion I would make to the author would be to kill off a pov character or three to keep it down from pov changes while this would also allow faster progression. Overall though it is a good read and I would recommend it.

Cool start but ultimatly dissapointing.  Characters interactions are boring as is the world.

It's a great story so far (I'm in Chapter 15).Wrong Spelling and Grammar is a bit distracting.

This story is well done and deserves to be read. There are minor grammar mistakes (I've read stories with far worse grammar) but it's not really an issue. The MC and his friends are great. I really like how their situation is set up and how their powers work.

An MC like Three is interesting b/c of his background in the sense that a lot of stories have MC's that have similar background yet they either don't have "siblings" that went through the bad stuff with him, or they were summoned from another world and they can't speak like the MC or have other issues. However those characters have their earth knowledge and are mentally weak at first.

I also find it pretty cool how the MC is a tank/Brawler type yet chose to be a monster tamer. Yeah, maybe other stories have monster tamers, but not stories that have MC's like ours or if they do, it's only like 1 or 2 companion pets or something. Atleast on RR that is.

I would recommend this to others as it is worth reading. Any complaints I had (which was the MC and his friends giving out their backgrounds too easily) seems to be being addressed.

So, thanks author and please give us more!