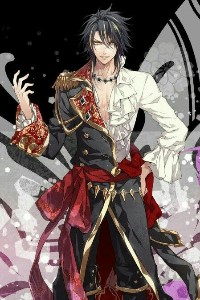 The Representative in a New World

The angel is annoyingly dumb at teaching and Phoenix, the MC, uses him to show his own "genius" qualities. This unnecessarily drags on the intro when he pretends to be dumb. But their personality is basically only this because the rest of the content is stale training and a list of his powers.

I feel like a more regular boy with sharp wits is better than this supposed "perfect boy" character because inconsistencies are already popping up. Phoenix is focused on gaining power instead of his original plan of playing around in the One Piece world. He isn't the introduced perfect character who wants to bang chicks and laze around, reading fantasy. He is a subject the author is trying to force a genius character into with excessive manipulation mind games a true genius doesn't need.

Take this for example to explain: Phoenix is being helped by the angel to be good enough to finish objectives as a representative and there's not even a time limit. He will freely help Phoenix because that is his only reason of existing. Instead, Phoenix insists on hiding his skill and testing the limits of his angel's detection for no benefit or reason. Even an idiot can see if he did his best and asked what he should improve, he will become better. A genius like Phoenix doesn't need to stretch a time limit to become better and he doesn't need to worry so much about his power being "exposed" or even weak. He shouldnt even care about angels or God's plan because he only needs to be himself, which should be a joyride around the world seeing how "overworked" he is. Besides, if he truely was a genius, he wouldn't need his powers to be successful in the One Piece world.