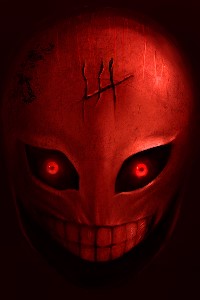 The future became a peaceful utopia in the Core Regions. No crime, no wars, no conflicts, even rude behavior is rare.

The main character isn’t a hero or a typical protagonist. Calling him an… opportunist would be the least offensive probably. In this age, he’s sticking out like a sore thumb.

Who would notice a few shady happenings when crime is a foreign concept and there is nobody to catch you?

Man finds himself in the distant future. Like a fish out of water, he flounders around with his A.I. partner. The strongest part of this story is the interaction between our 'outdated' protagonist and the A.I. in his head. Which is friggin hard to do yet the author pulls off marvelously.

World building is good, I don't think I've had to fill in the blanks when the author describes the world, if you know what I mean. Reference almost every xianxia ever if you dont.

I felt there was really clear plot progression. But the most important part was it didn't feel forced. The only complaint I had was the POV switch to our mad scientist antagonist. I'm assuming he's a mad scientist but not much is known about him since his 'screen time' is very brief. That being said, it felt out of place and unnecessary. I'd of much rather learned about him with the efforts of our protagonist, so as to build a bit of suspense. Same with the 'hunters' or operatives that were sent after our MC. What i mean is, id rather find out about them with the MC rather than with POV. This is very minor but as it transitions from the 'arrival' arc to whatever's next, it feels like this was a missed opportunity to give the story more depth with a slightly serious undertone.

Grammar was fine, nothing to detract from the story or break immersion.

Style: We see the world mostly through the protagonists eyes, with a couple brief POV changes to our antagonists.

Overall verdict: Give this story a shot, its worth it.

Fresh from the future

A really solid story. Lots of fun both with the daily interactions as well as the premise and overarching plot.

No serious grammar errors, but I saw a few spelling mistakes or misused words.

Style is good. Fast and fun. It's focused on the main character except for a few flavor chapters which were fun.

Side characters themselves are quirky and kept to the background so far which I honestly appreciate. Main character is developing organically with the story. No icky flash backs or expositions.

Well what can I say.

The story is great.

The style is great.

The characters are great.

The grammar is great.

My english is less than great.

Increase the release rate and ill boost my rating from 5/5 to 6/5.

Don't know how i'll do it, but i'll do it somehow.

a self proclaimed caveman bludgeoning his AI partner, and it feels good XD

a really interesting start, with the best MC-AI partner relationship i have read so far.

their banter is witty, funny, brillant. There even is an emphasis on moral disparities.

quite interesting, please keep up the good work !

The world construction is great and the characters are extremely funny

Barbarian of the Stars

by thriceborn Saturday, September 16, 2017 5:40:04 AM
Really a decent sci-fi story. The banter between the main characters and the POV's are excellent. Reminds me of John Scalzi's stories with how the MC talks especially. Dude we need an Act 2 asap please!!
Report

Pacing, characterization, dialogue, grammar, humor, drama, plot... all excellently done and very entertaining. This one's a rare speciman, and I'm glad I took a chance on that MSPaint cover.

Seems like it's a timetravel story, which makes the title more sensible.

I'm a bit annoyed that the in-media-res opening still hasn't come back around, despite being nearly 200 pages in.

I'm holding back a half-star because the story's not yet done, which makes it difficult to judge the thematics. But this is far, far above the usual fare I find on this site, and as long as it doesn't take a drastic tonal swerve, I'll probably keep enjoying it to the end.

The world building in this story is absolutely top notch. There is nothing generic or boring about it. The amount/type of creatures and people that inhabit the universe even give it a kind of fantasy-esque feel that I really enjoyed.

The MC was a little weak in my opinion, but definitely not enough to ruin the story for me. The shenanigans he gets himself into are pretty funny and make the story interesting. There is a decent progression to the story, although I wished it was a little faster with a more clever MC.

If the next story has more action, and the MC gets a lot more weapons/modifications I would definitely get more enjoyment out of it. This story felt like great world building and build-up, it was certainly fun learning about this universe. I am excited to see where the story goes.

Was scrolling through my bookmarks when i remembered this story. Decided i might as well give my late review on the story.

It was fun story to read. Really interesting and I never lost drive to read a chapter. Pretty much kept me hooked.

World building was on point too. Overall the story was awesome.

First of all, my English is not native, so it will inevitably have several errors. One of the few novels that I followed and truly laugh a lot, thank you author, sincerely made my days very happy. The synopsis didn't interest me much, but when I came to read I truly loved it.