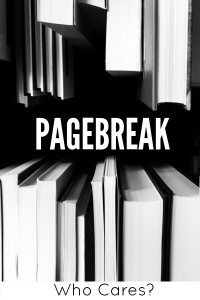 I came to when water struck me; or rather, when I struck the water. Disoriented, I squinted through quivering eyelids and saw a black mass resting on the ground a few feet away from me. A glowing, beady yellow eye met mine, and another gust of wind propelled me – and most of the muddy water – out of the puddle, and slammed me against the oak tree.

Having had the wind knocked out of my lungs, I grabbed my chest and fell to the floor, gasping for breath. A shriek pierced the air as something whooshed past the top of my head and slammed into the tree trunk, sending another burst of wind barreling behind me which propelled me several feet across the gravely earth into a bush. My fingers twitched as my wits settled against the piercing shrieks in the background. The ground rumbled, shaking the velvety leaves of the bush. A sweet, tangy scent cut through the smell of wild plants and damp earth, and something sticky landed on my lips before trickling into my mouth.

The world swam into view again with surprising clarity, and I became acutely aware of the misshaped red blobs hanging from the bush, as well as the numerous cuts and bruises on my body that were rapidly closing and fading. My disorientation abated, replaced by a heightening sense of control, energy, and urgency – an adrenaline rush. Head abuzz, I picked myself up, and saw the black figure struggling in front of the tree. Its claws raked the ground, sending mud flying behind it. Wings larger than my body flapped in a frenzy, sending waves of air crashing around the beast.

I felt the urge to rush forward and punch its back, but checked myself. A growing unease crept around the edges of my mind; I wouldn’t go after bullies in school, let alone giant feathered monsters kicking up gale force winds, why was I so eager to fight a monster bird?

I stared at it, wondering what it was, and it stopped for a moment. I blinked and it thrashed around even more wildly. Cracking noises caught my attention, and I looked up to see the tree sway, then collapse, as the giant bird jumped into the air, shaking orange residue from its shiny beak. Its eyes flickered in my direction as I abandoned all notion of fighting the thing, and ran.

I dashed between the trees so it wouldn’t be able to attack me directly, but the bird didn’t seem perturbed in the slightest. It pushed gusts of wind towards me, kicking up a storm of dust, stones, and insects that followed me through the forest. I grabbed onto tree trunks and branches to steady myself using reflexes I never knew I had, and managed to not be blown off my feet.

My breaths were measured but deep, and I stepped over or around every stone, root, and beetle on the ground while ducking under branches and low hanging vines. I even managed to avoid flying insects, and a strange, flower-like snake that uncoiled itself and shot at me as I passed it. After a while, I caught onto the bird monster’s patterns, and ducked behind trees and rocks as gusts blew by. When it managed to peek through the canopy, it would shriek when it saw me alive and well.

It chased me for what seemed like a few minutes, although the sunlight began to dim a lot faster than I’d expected. Eventually its shrieks grew weaker, the winds threw up less rocks, and the forest became thicker, darker, more wild and mysterious.

The forest vanished as I burst into a clearing. I dug my foot into the earth, and tried to spin back inside for cover but a wall of wind pushed me further out. An excited shriek rang through the air as a black shape eclipsed the sun behind the edge of the forest.

I put my hands in front of my face as another burst of dirt and rocks assailed me but a large rock rolled onto my foot, making me bite the inside of my lips. The monster bird rose into the air, stalled for a moment, and swooped in with its beak pointed at me. I jumped to the side while it was still in the sky but it changed direction, its beak and eyes following me as I tried to make a break for the trees again.

Realizing I wouldn’t make it in time, I faced the monster bird, waited for it to get close enough that I could hear the wind whistling past its body, and jumped to the side. The bird didn’t seamlessly change direction like last time, but it flapped its wings to come to a halt a few feet from the ground, which ended up kicking up so much wind that I was tossed across the clearing like a skipping stone.

I felt a bone crack, and my ankle twisted in so many different directions in so many different ways that it could have been breakdancing. I lay sprawled face down on the earth, mind-numbing pain threatening to drown my consciousness. However, the edges of my fingers prickled and a tingling sensation rose up my spine, fighting against the pain, and winning. Soon, I could hear my breathing again, and gingerly put my hand under me, lifted, and turned my sore neck back to see why the monster hadn’t come to finish me off while I lay prone.

The answer: it was gone.

My ankle was uncomfortable so I moved it around a little, stopping when it popped back into position. I sat there, searching the darkening sky for traces of the beast, but couldn’t find it anywhere. Then I noticed that it was a shade darker around me than it was in the rest of the clearing, and looked up to see a wooden beam hanging over my head. Turning around, I saw a wall made of old logs that were covered in moss but weren’t rotten at all.

I picked myself up, abandoning a shoe that had a stone stuck in its sole, while keeping the other one on. The cabin had a door decorated with what looked like an olive wreath with bright purple leaves, and yellow flowers. On the door hung a plaque made of darker wood with “Moxy Melsam” carved into it, as well as a smaller bit of a different kind of wood with “and Elenor Cramer” scribbled on it in flaky blue ink. Near the bottom of the door was a rectangular hole covered by a golden metal flap with cracks spreading across the wood from where the flap was affixed into it. A gentle purple glow seeped out from under the door and flap.

My heart pulsed violently, making me double over. I felt cold. Sweat dripped into my eye and raked against my back as my mouth dried up, and my lips began to crack. A burning sensation traveled up my throat before subsiding, leaving my insides raw and aflame.

I gasped involuntarily, and stumbled into the door, making it creak in protest. My heart raced faster and faster, a constant hum ringing inside my ears, thumping against my chest, and making my head tap dance to a new age electronic dance number. The beat dropped with my eyelids.