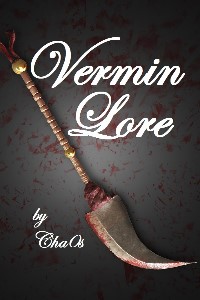 Egocentric humans, are the parasites of the plane "Eden" which they, with much audacity, refer to as Earth.  They have done too much damage and destruction to Gaia, the embodiment of nature, the deital guardian mother. To name a few, overpopulation, creators of nuclear machinations, material  wastage, environmental  demolition, cruelty and obliteration of other species(even to themselves!)

Unmatched and unchallenged by predators of equal standing, they festered and corrupted much of everything. Little do they know that Eden is dying. And so is the Otherworld. A world of myths and legends. It is therefore, through my righteous powers, let both worlds be fused to save both! As I decree, And so shall it be done!

Now that I think about it, since pests such as yourselves are treating the world as your playground, why not make a game out of this? Ahahahaha!~ So! Amuse me humans. Tell me the tale of your quest for survival! Unlock the powers i've scattered all throughout the new world.