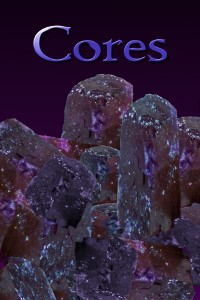 Magic came to our planet, along with gates to another world. When creatures are found to have an organ known as a core, an extremely dense energy source, Lucas finds his chance to avoid the tedium of a desk job: monster hunting. All he has to do is not die.

Cool world building and a balanced MC. Sometimes needs a grammar edit. Maybe the author can run this through Grammarly? Save on time since the extension checks in the browser while writing or uploading.  Fix the minor capitalization, missing article, and mixing of tense issues present in some of the chapters.

Hopefully, this story will continue.  Characters were stronger at the start, then fell off due to what seemed like time constraints while writing action.  Lots of potential left in a stone gun wielding hero.

Unfortunately, the author has taken a break to figure out what comes next. Not a good sign so close to the end of a story arc.

Will update my review further to reflect an ongoing story.

Refreshing: Not an OP MC

So i have done a deep dive on this so far novel and I think that it is addicting. I believe that it is addicting because of how in deph sushi the author goes into each chapers, he or she actually knows how to perportanly space the paragraphs making it easier on the reader.

I find this novel as a breath of fresh air because for once our MC is not overpowered. He is seen as a male with his first encounters with combat and how he reacts to the battlefield. We see the world in Cores through that of a young male suffering from ptsd, he is average with no special up and downs. I really love that about the MC. Keep writing Sushi addict. Haters gonna hate, but waiters are gonna wait and females are going to menstrate. The world goes on just make it better with a new chapter a week please.

A realistic view of a Lost Earthling - Noob

TL;DR This story is a good solid read, anyone who likes the description might find a slightly different story than expected, but one that delivers regardless.

- Beware there is a Traumatising content tag. For those that kept saying 'tragedy' tag needed.

Story: I think this is a much more realistic look at a "transported/transmigrated/Isekai" type novel. It does however help, and hurt the story that the 'conversation' is flat out missing once he's broken away from his original location(language barrier). I think its realistic, but it becomes all internal monologue-ish and war scenes. Wonderfully written, but missing some flavor. I'm sure that will change as the MC gains language skills. Also, world building by experiencing this Otherworld is done via the story rather well.

Style: I think this is good, but the constant monologue of the MC, versus conversation even in the beginning is... taxing on a reader. It does however set him up as a "loner". Then considering how he 'feels' for his compatriots, it doesn't make sense how he acted early on, then switching to instant... 'family' mode with others he doesn't even understand. Bonus for good world building as the character learns of it, besides the initial-flawed perception of "how things are" its all as the MC learns it. Which is a great style of world building.

Grammar: I didn't notice any major flaws in the grammar or spelling that others complained about. Maybe some editing had been done, I frequently add in corrections for Authors when I notice, and this is far better than most on the site.

Character: We only really get to know the MC well, because the early characters dissapear. He does have a decent character. The rest are behind a language barrier, even then they have a lot of character.

Despite this, the brief descriptions of the (native hunter family) really do give them character despite the lack of speech. Which leads to wanting a tragedy tag at some point. Which is what makes me at least give the character score a good score. If you can make (what appears to the reader) a mute character seem somewhat lifelike, or even want to mourn them. Then you're not too shabby there at all.

That being said, removed a star cause the MC is a bit... unbelievable in some of his choices and actions.

Enjoying reading this quite a bit.  Will write a more in depth review when there are a few more chapters.

Differnt take on the whole summoned to another world idea.  Looking forward to seeing where this series goes.

Neat idea that quickly goes off track, story is missing tragedy tags so im putting this here to warn them, also dialogue is poorly written/nonexistent