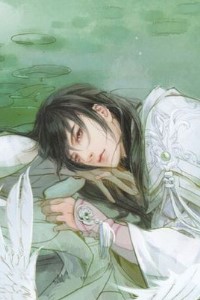 One is the small An Family's blind Young Master, the other was a high up immortal, dominating over the hundred worlds.

One was gentle like still water and kind like the warm spring breeze, while the other was cold and dignified like the plum tree standing solitarily on the snowy mountaintop.

The two should not have had anything to do with each other, but fate is laughable, entwining their destinies until neither could live without the other.

The clear river flows silently; the red plum tree flowers bloom in stark contrast to the white of snow. The gods are endlessly cruel. What he desired, in the end, could never be his. He lamented how he was the one who was truly blind despite having eyes that could see. Regret has no cure, the past cannot be undone, and his wishes are forever unanswered by the cold and indifferent heavens.

*This is BL/yaoi/danmei. If you don't like it then don't read. You have been warned :)

*Tagged for Sexual Content for the distant or not so distant future. Probably. Who knows ;3

*This is the first time I'm trying to write something on the more serious side, so please don't kill me if I fail miserably.

*Cover art isn't mine, found it off of Pinterest :P