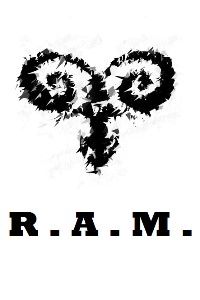 Prologue | Chapter 12.5 – To stand among superpowers

Remove Ads
Previous Chapter
Next Chapter
A note from Q-ichi

Chapter 13.5 is available on Rosetta Archive

Indiana is deep in thought. The whole place is dark and a computer screen is glowing before him, illuminating a small area in front of his face. The screen displays a website to a superhero fan website. He scrolls through the list of superpowers. Next to him is a notepad lit up by a desk lamp. Written on it is an elaborate list of pro and cons of each superpower that Indiana find interest in. After a long thought, he lies back on his chair and heaves a long sigh.

Indiana: “Fuu~ck…” [There are so many choices but they are impractical.]

His opinion on comic super heroes has sunk since his first started his research. Many of them have superpowers too grand to create or ones that require an individual exception to the laws of physics. A select few caught his attention but the risks and difficulties he has to accommodate has made him hesistate.

Indiana: “I have to really pull in some research if I’m going to get something I won’t regret.”

The light flickers on and surprised Indiana. Standing near the light switch is a petite female agent decked out in metallic armor that resembles an exoskeleton suit. Her name, Clementine Greeves, is engraved on an iron plate welded on to the left breast of her chest armor. She walks over to the cold storage and takes out a frozen dinner. Placing it on timer in a microwave, she sits across from Indiana.

Clementine: “I came in just after the transport team. I’m just free now because I have beem performing maintenance of my machine. I heard that you are slated to get your own magic. Congrats.”

Clementine notices the scribbled notes made my Indiana.

Clementine: “Have you decide on your magic yet?”

Indiana: “Not yet… If you have any advice for me, I’d appreciate it.”

Clementine closes her eyes in thought before facing Indiana directly.

Clementine: “You must know the concept of the entire magic by heart.”

Indiana: “By heart? Is it related to feelings?”

Clementine: “No, no. Magic reacts in correspondence to the body. It’s the body that reacts to feelings.”

Clementine: “Hmm… Yes, like that. A better picture will be… Like… A professional baseball player. Knowing everything about the game and still able to go further and beyond.”

She adjusts her seat closer to the table.

Clementine: “You see, the people from this ‘other’ world are born with ‘mana’ around them.”

She puts her hands close together as if cradling the floating black sphere in her hands.

Clementine: “They have it different. They grow up with it so they can adapt and adjust in using it and making their own way of magic. We, on the other hand, are given this potential immediately at the cost of enduring harsh training to actually use it properly. Our only luxury is that we get to choose any kind of magic to suit ourselves.”

Indiana: “I get it… The problem is I don’t get any of these powers.”

Indiana: “All these superheroes get these powers and they use it like it is in their nature. No explanation on the technicalities or execution!”

Clementine: “Well, these things are for entertainment. There are detailed explanations of them made by the fandom but you have to dig REALLY deep into the internet to get it.”

The microwave rings its alarm to indicate Clementine’s dinner is ready. She rises up from her seat and picks up her dinner from the microwave.

Clementine: “There’s one more advice I can give you.”

Indiana turns in his seat to face Clementine.

Clementine: “Create a magic that compliments your character. In fact, pick one that synergizes with it. You can disconnect the magic from yourself as you like, but if you have it tailored to your character…”

She puts her arm out and the armor around her arm starts to move and rattle. Segments of the armor extends from the base and form into an edge. It then reassemble to form a gun barrel before returning to its gauntlet form.

Clementine: “You gain better control and versatility. Take your teammates for example. Johannes likes taking the leadership roles, which is why his magic to ‘lead’ projectiles is so on point. He also trusts his decisions the most which is why he imparts his own will, like a part of himself, into those that he controls with magic.”

Indiana: “So… Johannes is a bit self-centered?”

Clementine gives a little snort and shakes her head.

Clementine: “More like ‘first to take initiative and responsibility’ kind of person. On the other hand, Agent Moralles.”

Upon mentioning Alan’s name, her voice turns cold and her mood changes to one of disgust.

Clementine: “The man thrives in the pursuit of the predator role of hunting. Wanting the upper hand in every confrontation and a petty evaluation on lives, his parasitic magic enables him to face any enemy and victim as a predator regardless of the gaps in power between them.”

Sensing the end of the conversation, Indiana turns his whole body to face her.

Indiana: “Thank you for your advice. I’ve narrowed down my choices because of it. Really. Thank you very much.”

Clementine’s demeanor softens a little and she gives a weak smile.

Clementine: “Good luck, Indiana. May you find what you’re looking for.”

Indiana gently waves at Clementine as she leaves with her dinner. He then turns to his computer and notepad. Deep in thought, he slowly crosses out the powers on his list.

Indiana: “I am inquisitive, willing to seek out my target…” [I prefer to do my work alone.]

He opens up the list of superpowers on the website. Skimming through the list, he assesses his thoughts on each of them based on one criteria.

His eyes glinting at any superpower of interest, the day he is granted his own magic power became more vivid in his mind.