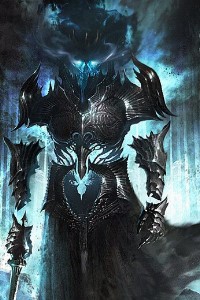 The Rise of the Forgotten

War is all the world knows. For thousands of years humanity and other races both minor and major fought each other. Humanity won, but with victory and the driving other races into the dark corners of the world. They began to fight between themselves. Even their gods had become complacent.

Until one day a group of robbers came upon an ancient tomb and awoke one of humanities long forgotten enemies.

This event triggered many long forgotten gods and powers to begin to fight for the power they had once had. All while humanity is unwilling to give up their dominate position.

I am back folks. The story is back. This was the first story I had ever written and now that my wife's heart surgery and illness is all better I have a lot of time to work on all my works. Including my two webnovels which are on Ringdomstory and contracted. I decided against contracting this one and decided to do a complete rewrite. I got a lot of chapters stocked up and will be releasing them in quick succession. Expect quite a few changes. Expanded chapters and more.

Here is a paypal if you wish to throw me a couple bucks.

Written on a phone, and it shows.

So, let me start by saying that I've enjoyed this story so far, although it is filled with quite a few problems that I'm going to go into detail about soon.

Grammar Score: 3.0/5.0: Let's begin with the biggest elephant in the room, which is the grammar. The author mentions multiple times in the comments and notes that he writes this novel on his phone (!), and that's really not a good idea for writing a book, or anything longer than a tweet for that matter. The result of that is that there are tons of grammar mistakes (probably 20-30 per 800 word chapter) and sometimes even entire sentences that don't make much sense at all. Although one can still pretty easily follow the story, it's kind of annoying nonetheless and will probably tickle quite a few users out there the wrong way. I would therefore recommend the author to use the Google Docs app if he really has to write this story on his phone, so he can get rid of at least most of the grammatical mistakes. But the best thing would be to write this fiction on an actual computer altogether and use Microsoft Words or some grammar plugin.

Style Score: 4.0/5.0: The overall writing style of this story is actually rather good compared to the majority of RRL fictions looming in the dark. It's easy on the eyes for the most part, but still ultimately suffers from multiple problems:

Story Score: 4.5/5.0: I really like the story and with all the side stories slowly unfolding as well, I could see this becoming a very immersive and well-thoughout universe. I'm giving 4.5 out of five stars in anticipation of what's to come. But for the story to truly shine in the end, the author should really fix all the other problems with this work. I'm really looking forward to the revisal / rewriting of this story, which the author announced to be done when he reaches 25-30 chapters.

Character Score: 3.5/5.0: I had to take a few points off here just because there are quite a few side characters that just feel flat like paper. And that's mostly because the rather short chapter length and the lack of descriptions of the characters' thoughts and motivations. Besides the Tomb King you didn't really get to know any of the other characters properly yet. This might change with more chapters to come, but with the current rate of introducing quite a few new characters without proper characterisation, I'm not so sure about that yet.

Also there are quite a few actions that just don't appear that logical to me. Here are a just two examples for that:

Overall Score: 4.0/5.0: I give it 4 out of 5 stars overall despite all the criticism mostly because it has great potential, but really needs to be polished (maybe even rewritten?) for it to shine. A proofreader wouldn't be a bad idea, even the author himself reading his own chapters 2-3 times before publishing would probably help the story a whole lot. If the author really takes a month or so to revise what he has written so far, fixing all the mistakes, adding and removing some things here and there, it could really be a great story.

A good story , with a huge potential to become a really good story . It starts out with the servant of a dark god awakening from his slumber .
As a reader we are literally thrown into the story , no long prologues , no whole world explanation in a chapter and the best of all : An mc who has no clue what he shall do .
It may sound a little unlogical , however the mc is really realistic . He is only a little figur in the big picture , thus he is doing what he believes is the right way .

what a good story exactly what i was looking for these past days! i hope he goes on with the story its amazing deffo a story i would donate too.

This is an interesting novel. I  am a really big fan of xanxia novel and this is one of the best I’ve read so far. The story line is very good and I enjoy reading it. Some of the chapters are little short but it’s still ok. The story has a huge potential and I can’t wait to see its development.

Not a bad start

Story looks highly interesting and isnt something that i see often on rrl. Thwre are grammatical errors that are mostly poor or wrong word usages. One or two misspellings. CCharacter is hard to judge feom three storys but the plot is already setup which is more than can be said for a hundred chapters of some rrl stories.

Keep up the work and consider finding an pr-er.

Probably the best story on RR.

Absolutely amazing writing! Little to no grammar mistakes and a captivating tension.

Reviewed at: Rise of the Forgotten: Chapters 1-12 revised.

That is the revised version? I can barely fathom how bad the original must've been! Don't you use Word? There (not their!!!l are hundreds of syntax errors in the "revised" version! They keep on increasing too! This could be a decent story but it's marred by abounding errors!

Get a google drive link and get someone to edit this!

To by honest this story is great and I love it, but the releases are slow af... realy af. It can easily by 5/5 stars but why so slow, original release started at like 2 years ago, released like 20 something chapters, than decided to edit older chapters, took like one year, 5 months released more chapters and now again dead whaaats happeningggggg i want morreeee please at least let us know you are alive and still working on it