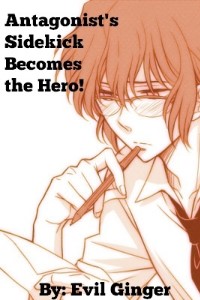 Sorry, slept in since I didn't have work. Another chapter is on its way since this one is a little short.

“Of course. You are…well, you used to be the strongest archer I knew.”

Standing before me is a woman. One of the only important female characters that aren't a love interest. She is actually a rival if you want to approach the Princess, but it seems that with her absence as a rival, Emeril was able to have smooth sailing.

“You let Emeril go with Ophia?”

“Ah, was I not supposed to? True, I was supposed to be in love with Ophia, but I don’t swing that way. I caused a lot of commotion the month before this whole thing started.”

“Let’s talk while we walk.”

“Yes! It’s okay, I have an off period right after this. Anyway, I wanted to check with you and see if we had the same issues.”

“Oh, okay. And when did you transmigrate to Nolan’s body?”

“It is more like I reincarnated, that was how early it took place.”

“Wow! No wonder no one was worried by your dramatic change! People like Bucco and now Zack make a lot of people turn their heads. Well, not like I can talk.”

Her eyes are an amazing red, like flaming orbs that burn into your soul. With her magic eyes, she can spot an enemy from off in the distance. Combining it with her archery, she was said to be better than the elves. Ah, speaking of elves, I haven’t talked to the elven princess. I guess Zack can try. She seemed off to me anyway. Probably an erofu or something. Always liked slimy things.

“Sorry, I was thinking about other possible players like ourselves.”

“Oh, that doesn’t matter. I was wondering what happens if Zack were to die or when we graduate? Will this world cease to exist? Do we just keep going? What happens?”

She looked a little concerned, but her eyes were quietly watching for any telltale signs. How sneaky.

“That doesn’t matter. To me, if the game ceased to exist from that point on, then why did we all transmigrate at different times? Why not all do it at once?”

“Oh! Good idea! You are much more of a heroic character than Zack.”

“Not as much as Emeril, though.”

“No thank you. He’s too…pure. I want someone a little more…sinful.”

Hoh? I am getting interested. I haven’t really spoken to a person from the other world politely.

I leave the blonde beauty and begin to hasten my pace to class. Never mind, she is strange just like the rest of us.

“Hey, hey, can you ask Sandie to start working on the Monsternomicon? I want to clear the Labyrinth.”

Hehe, now this seems like something worth being tardy to class for.

“I already got it made several years ago. I, as a son of a noble family, set up a reward system to adventurers, explorers, and the like to bring back knowledge of monsters, beasts, and enemies from all over along with the detailed artwork. I then collaborated with my father to hire some unemployed people to distribute the book.”

“Yep, and we make more than what we give out. It is awesome. Plus, it doubles as a textbook.”

“Not fair! Oh well, I guess I can just get one from you.”

Not if I see you first. The next time I see your long golden hair and tall bow, I am gone.

Well, when I am not in class, anyway.

Sandie seems to be doing well. She took a lot of magic records of Zack so she could continue looking at him in amazement. For now, it doesn’t seem like love, but to be honest, Zack could do with an actual love interest and not some boobs and butt.

Sure, Sandie is as flat as a washboard, but her braided ponytail and slightly orange hair make her childish, along with her light freckles. Very childlike. Very peppy.

“Nolan, for some reason, you are making me mess up.”

Ah, a woman’s intuition is a terrible thing.

After that, it was time to go borrow the kitchen.

Sleep time…huh, Emeril is already asleep. You know, I feel weird. I haven’t been speaking to Emeril in a while. I wonder if something is going on? Is he having trouble? Should I try and talk to him? Nah, I will wait for when we’re free…

I need a game to pass the time, huh.

Aha! I now know what I must do!